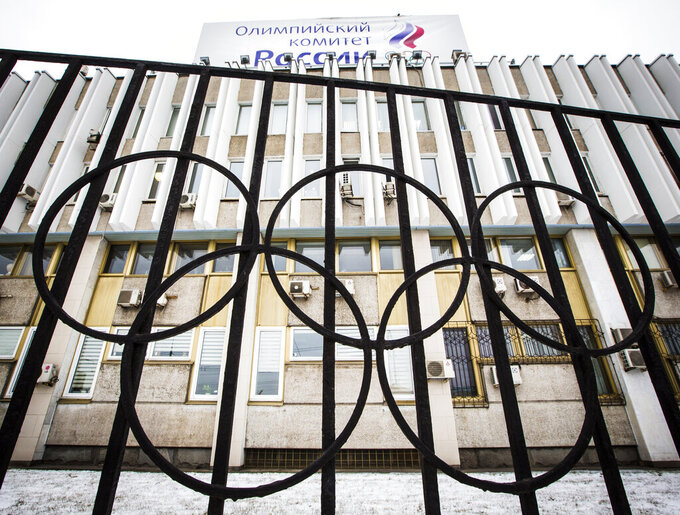 The building of the Russian Olympic Committee is seen through a gate decorated with the Olympic rings, in Moscow, on Dec. 6, 2017. Doping and other controversies involving Russian athletes have played a significant role at the Games for over a decade. (AP Photo/Alexander Zemlianichenko, File)

The evidence was only recently revealed in a Moscow laboratory database that was withheld and tampered with in the possession of Russian state authorities from 2015-19.

Manipulating the database led to a two-year slate of sanctions against Russian sports, including athletes and teams being denied their national identity at last year's Tokyo Olympics and last month's Beijing Games. They competed as ROC, short for Russian Olympic Committee.

World Anti-Doping Agency investigators have provided evidence from the database of suspected doping to sports governing bodies and the ITA to prosecute cases.

The ITA said data relating to wrestlers Daria Leksina, Aleksey Shchekov, Elena Vostrikova was “indicative of the presence of banned substances in samples provided by the athletes in 2012.”

None of the three went on to compete at the Olympics or win medals at world championships.