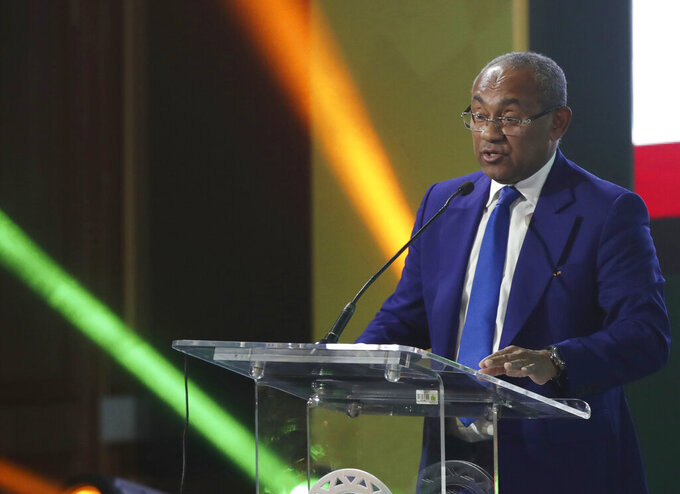 FILE - In this file photo dated Thursday, July 18, 2019, Confederation of African Football president Ahmad Ahmad of Madagascar speaks during the Confederation of African Football general assembly in Cairo, Egypt. Ahmad Ahmad has tested positive for the coronavirus Friday Oct. 30, 2020, and has begun self-isolating at a hotel in Cairo on Friday. (AP Photo/Hassan Ammar, FILE) 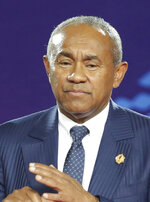 CAIRO (AP) — African soccer confederation president Ahmad Ahmad tested positive for the coronavirus and began self-isolating at a hotel in Cairo on Friday.

Ahmad, who is also a FIFA vice president, had been in Morocco for the Confederation Cup club final Sunday and started showing “mild flu symptoms” after returning to Egypt on Wednesday, when he was tested, the Confederation of African Football said.

Ahmad, of Madagascar, was informed of the test result Friday. He will be in isolation at the hotel for at least 14 days, CAF said.

The confederation said all those who have come into contact with the 60-year-old Ahmad over the past seven days and “especially during his trip to Morocco” have been informed.

CAF's headquarters is in the Egyptian capital.

Ahmad announced on Wednesday he will stand for re-election for a second term as African soccer president next year. It turns out he was tested for the virus the same day he made the announcement.