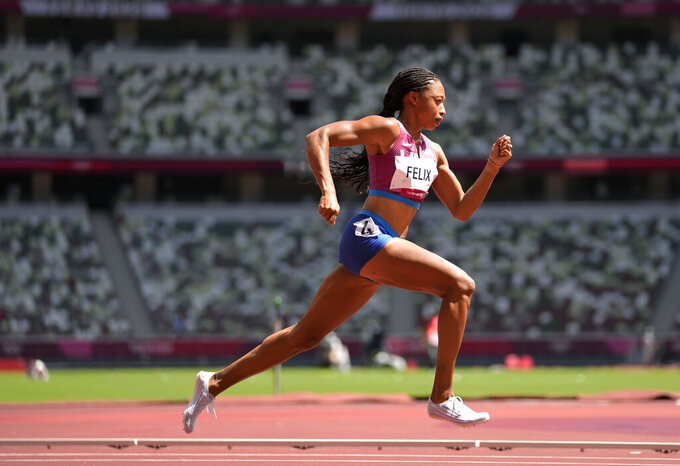 Allyson Felix, who closed the Tokyo Games last year with more Olympic medals than any U.S. track and field athlete in history, says she will retire after the 2022 season.

“This season isn’t about the time on the clock, it’s simply about joy,” Felix said in an Instagram post Wednesday. “If you see me on the track this year I hope to share a moment, a memory and my appreciation with you.”

At age 35, Felix won a bronze medal in the 400 meters last summer in Tokyo, then followed it up with a gold medal in the 4x400 relay.

Those were her 10th and 11th Olympic medals, which helped her pass Carl Lewis in the U.S. record book and left her behind only one runner in history, Finland's Paavo Nurmi, who won 12 medals between 1920 and 1928.

Her last major meets figure to be the U.S. championships from June 23-26, then the world championships, which take place in Eugene, Oregon, from July 15-24.

Felix also has a record 13 gold medals and 18 overall from world championships.

More recently, she has become an outspoken advocate for women. Her daughter, Camryn, was born in 2018. Around the same time, Felix cut ties with Nike, upset with the way the company treated pregnant athletes.