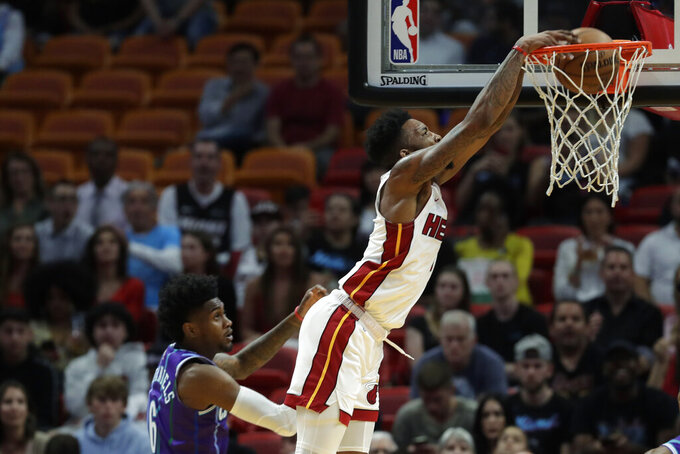 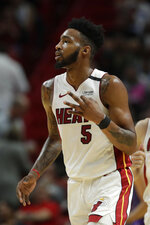 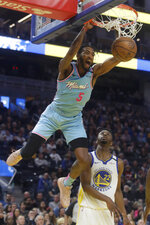 MIAMI (AP) — A person with knowledge of the situation says Miami forward Derrick Jones Jr. has tested positive for the coronavirus, a result that came in shortly after the Heat and other NBA teams began mandatory testing in preparation for next month's resumption of the season.

Jones, the reigning NBA slam dunk contest champion, still plans to play when the Heat get back on the floor at the Disney complex near Orlando next month, said the person who spoke to The Associated Press on condition of anonymity Thursday because neither the Heat nor the player revealed the result publicly.

League officials have expected that positive tests would be inevitable, and believed that starting a testing regimen now — roughly five weeks before games begin at Disney — will give players with positive results time to recover and get back with their teams before those contests start July 30.

A small number of NBA players publicly revealed Wednesday that they had tested positive, including Sacramento teammates Jabari Parker and Alex Len and Indiana's Malcolm Brogdon. All-Star Nikola Jokic of the Denver Nuggets has also tested positive, a person with knowledge of that situation told AP on Tuesday.

Jones will be a free agent when this season ends. He's averaging a career-best 8.9 points this season for the Heat, who have clinched a postseason berth.