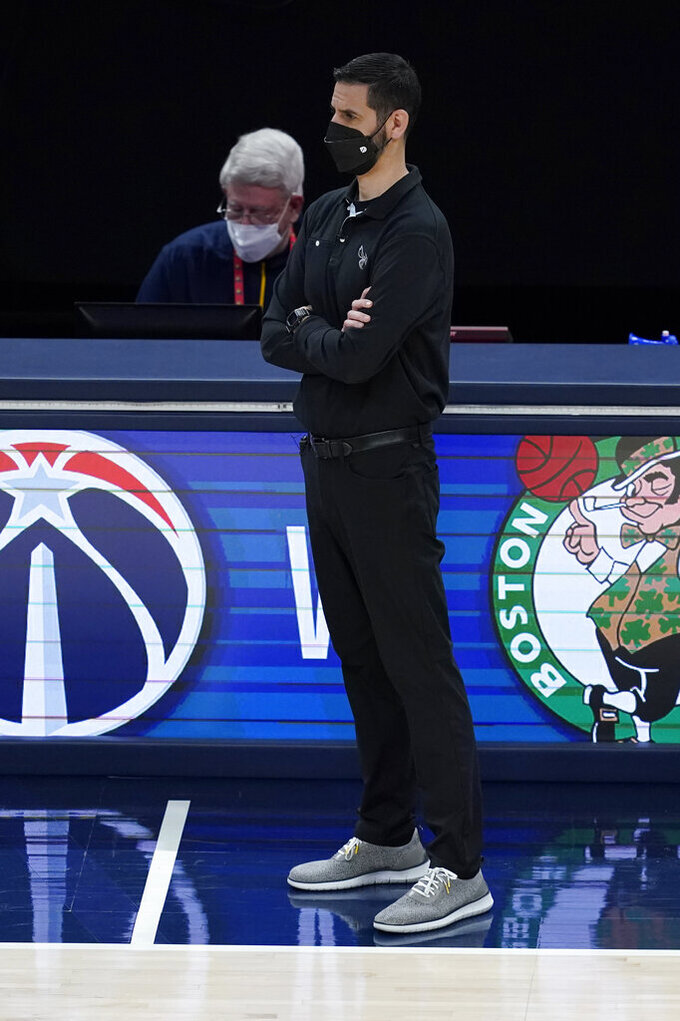 CHARLOTTE, N.C. (AP) — The Charlotte Hornets have picked up the team option on coach James Borrego’s contract for next season, said a person familiar with the situation.

The person spoke to The Associated Press Wednesday on condition of anonymity because the Hornets do not publicly release information about staff contracts. It's unclear if the Hornets will look to sign Borrego to a long-term contact.

Borrego is 95-124 in three seasons with the Hornets, including a 33-39 mark this season. The Hornets qualified for the play-in tournament as the 10th seed in the Eastern Conference but were eliminated after being routed 144-117 by the Indiana Pacers.

The Hornets were in fourth place in April, but injuries and COVID-19-related issues sidelined key players, including Gordon Hayward, LaMelo Ball, Miles Bridges, Devonte Graham and Malik Monk and the team began to slide. Charlotte finished the season losing its last six games.

Borrego received an endorsement after the season from general manager Mitch Kupchak, who said he believes “the coach did a great job.”