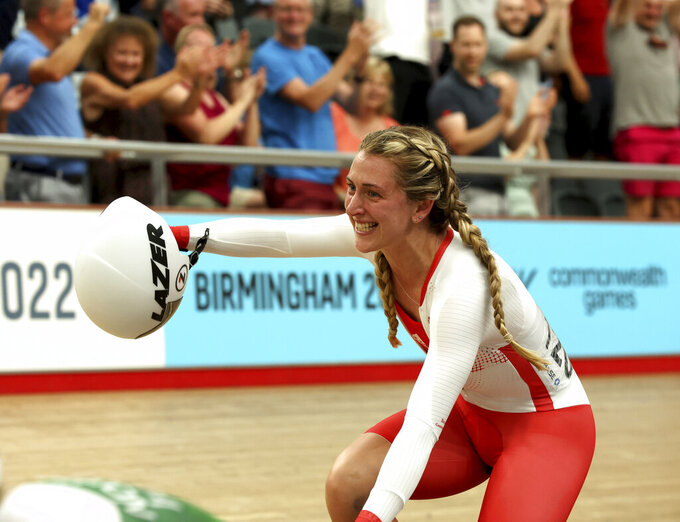 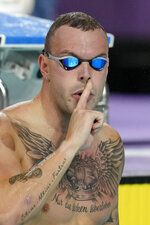 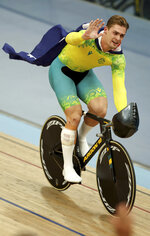 Almost a year after Australian cyclist Alex Porter sustained serious facial injuries at the Tokyo Olympics when his handlebars failed during a race, a review found the equipment unsafe.

It attributed part of the blame to governance issues, finding the custom-made pursuit handlebars designed to maximize performance were not adequately tested.

An announcement Monday from AusCycling said that after “extensive testing and an exhaustive investigation of alternatives,” adjustments were required immediately.

That meant, on the last day of racing on the Commonwealth Games track, Australian cyclists in the men’s 1,000-meter time trial did so using drop bars instead of pursuit bars.

AusCycling chief executive Jesse Korf conceded the equipment change would result in slower times, with the drop bars forcing riders to adopt a less aerodynamic position, but safety was the top priority.

"We have made significant changes to procedures, team structure and process since the Tokyo Olympics and this decision is reflective of a new and thorough approach to long-term engineering excellence, competitive success and athlete welfare.”

The adjustments did not stop Australia's men from dominating the event, with Matthew Glaetzer beating compatriot Tom Cornish by more than half a second.

The safety of riders and spectators has been a key issue to emerge from the meeting at the Lee Valley velodrome in London after two major crashes saw riders hospitalized on the weekend.

Cycling great Chris Hoy called for perspex barriers to be introduced at velodromes after Olympic champion Matt Walls was catapulted into the crowd with his bike on Sunday. The accident caused a session to be abandoned and spectators ushered out as Walls was treated for almost 40 minutes.

He and two other riders were later released from the hospital. Some spectators also required medical attention after being struck by the English rider.

Australia and New Zealand finished the track cycling with a leading eight golds and 13 medals each, but the biggest cheer was reserved naturally for Laura Kenny, who won England's only gold medal in the women’s scratch race almost a decade after her breakthrough at the London Olympics in the same arena.

The five-time Olympic gold medalist highlighted the example of England swimmer Adam Peaty, who confirmed he is struggling for motivation, adding she experienced a crisis of confidence after seeing Walls' crash. But Kenny gathered herself overnight.

"I do feel right now, (standing) here, I need to step back again. And then reset. Because it took every single last bit of energy to get me on that start line today,” she said.

"Last night, I was like, 'This could be it. This literally could be your last bike race. You need to fight for it and you need to make sure that if this is, you’re going with a bang.’

"And I can’t do that day in, day out. I can’t physically gee myself up like that every day.”

Swimmer Kyle Chalmers has been the subject of much discussion in Australia regarding a former relationship with record-breaking compatriot Emma McKeon, who is dating fellow team member and entertainer Cody Simpson.

On Saturday night, Chalmers engaged in a robust exchange with the media after anchoring a gold medal-winning 4x100-meter relay and said he considered retirement because of the reporting.

But the controversy did not impact his form in the pool.

The 2016 Olympic 100-meter champion claimed the Commonwealth gold medal on Monday. On touching the wall, Chalmers stood up in the pool and put his fingers to his lips to shush his critics.

“Normally I’d envision doing a more powerful celebration after a win," he said, "but that one was special.

“I hope that sends a powerful message.”

McKeon wasn't distracted either, shrugging off the swirling speculation and winning the 50 butterfly for a Commonwealth Games record-extending 12th gold medal, two more than any athlete in history.

In field hockey, India's men's team let slip a three-goal lead against England to draw 4-4 in a Pool B game and Australia trounced New Zealand 7-2 in Pool A.

After four days of competition, Australia led the medal standings with 31 gold medals and 71 overall, 17 more than second-place England. New Zealand was third with 24 medals, including 13 gold, followed by Canada with six gold and 33 overall medals and South Africa with five golds. India was in sixth spot with three gold, three silver and three bronze.

India beat Singapore 3-0 in the mixed team badminton semifinals to set up a gold-medal match against Malaysia, which advanced 3-0 over England.