Australian Open: Osaka and Brady to meet in women's final 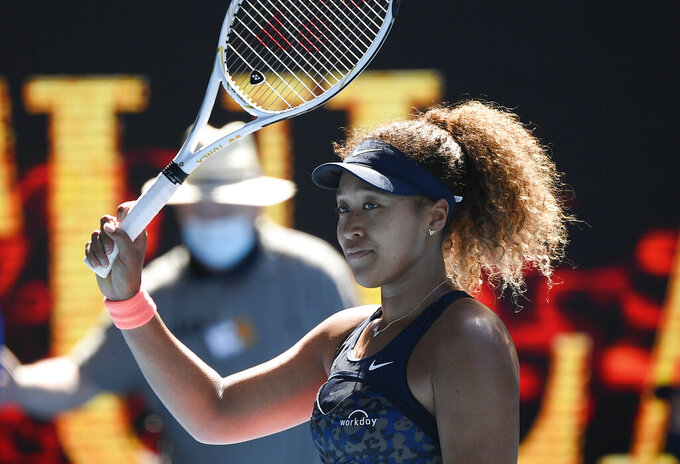 MELBOURNE, Australia (AP) — A quick look at the Australian Open:

Naomi Osaka is attempting to win her fourth Grand Slam singles title and her second at the Australian Open when she plays Jennifer Brady in the women’s final. The No. 3-seeded Osaka overpowered Serena Williams in the semifinals and is on a 20-match winning streak. Brady pushed Osaka to three sets before losing to her in the 2020 U.S. Open semifinals. Brady had to undergo a two-week hard quarantine after arriving in Melbourne because of Australia's strict COVID-19 pandemic regulations. She wasn't allowed to leave her room during that time. But the 25-year-old American has reached her first Grand Slam final despite the extra challenges. American Rajeev Ram and Barbora Krejcikova of the Czech Republic will play Australians Matthew Ebden and Sam Stosur in the mixed doubles final later Saturday. The 36-year-old Ram will have a busy final weekend in Australia. He and Britain's Joe Salisbury will be attempting to defend their men's doubles title in Sunday's final against Ivan Dodig and Filip Polasek.

20: number of consecutive matches won by Medvedev, including 12 against players ranked in the Top 10.

“First of all, I like that I don’t have a lot of pressure because he never lost in eight times that he was here in the finals. It’s he who has all the pressure. He has for sure more experience, but more things to lose.” — Medvedev responding to a question about the key to him winning Sunday's final against eight-time champion and top-ranked Novak Djokovic.