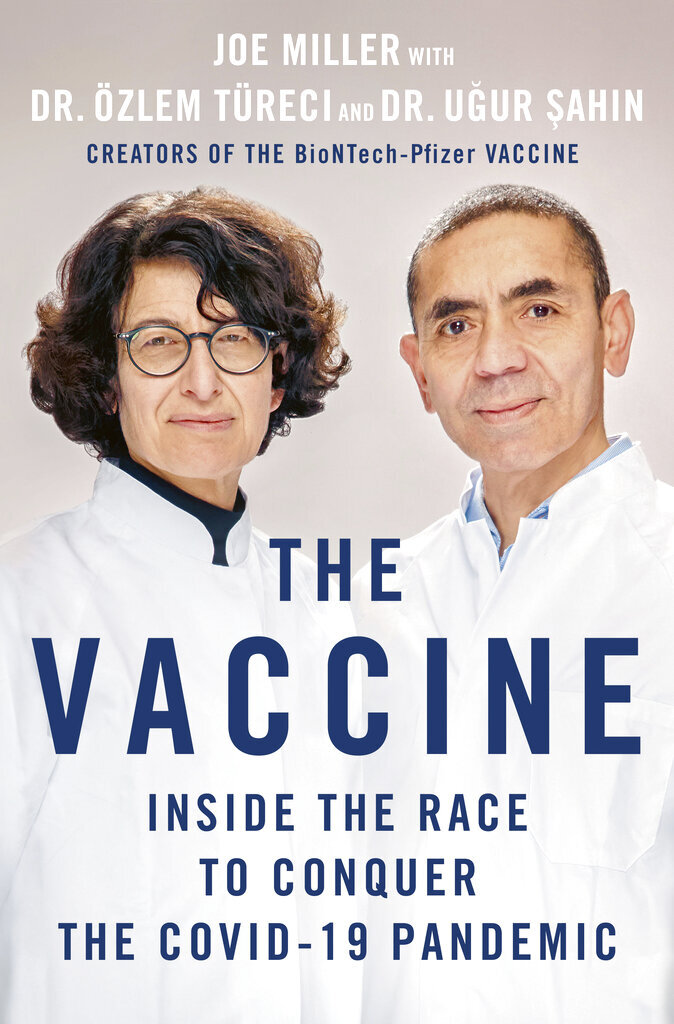 This cover image released by St. Martin's Press shows "The Vaccine: Inside the Race to Conquer the COVID-19 Pandemic" by Joe Miller with Dr. Ozlem Tureci and Dr. Uger Sahin. BioNTech founders Sahin and Türeci are collaborating with Joe Miller of the Financial Times on “The Vaccine,” St. Martin’s Publishing Group announced Tuesday. Publication is scheduled for Nov. 16. (St. Martin's Press via AP)

NEW YORK (AP) — The husband and wife team who helped make the first COVID-19 vaccine are contributing to a book about their efforts. BioNTech founders Ugur Sahin and Özlem Türeci are collaborating with Joe Miller of the Financial Times on “The Vaccine,” St. Martin's Publishing Group announced Tuesday.

Publication is scheduled for Nov. 2. That's one week before a book by the head of Pfizer, which teamed up with the Germany-based BioNTech to develop the vaccine, is scheduled to come out.

“'The Vaccine' will reveal how they were able to develop a panel of vaccine candidates within a matter of weeks, how they convinced major pharmaceutical companies to support their work, how they navigated negotiations with the U.S. administration and the European Union, and how in partnership with Pfizer they managed to produce more than two billion doses for countries around the world,” according to St. Martin's.

“Drs. Sahin and Türeci will explain the 30 years of scientific research that laid the foundations for the first Covid-19 vaccine, at a time when public confidence in its safety and efficacy is crucial to offering humanity a route out of this pandemic. And, they will offer a glimpse into the potential treatment of other diseases that the success of the BioNTech vaccine offers.”

Pfizer last December became the first U.S. company to have a vaccine authorized by the FDA, which days later approved a vaccine by Moderna and in February one by Johnson & Johnson.