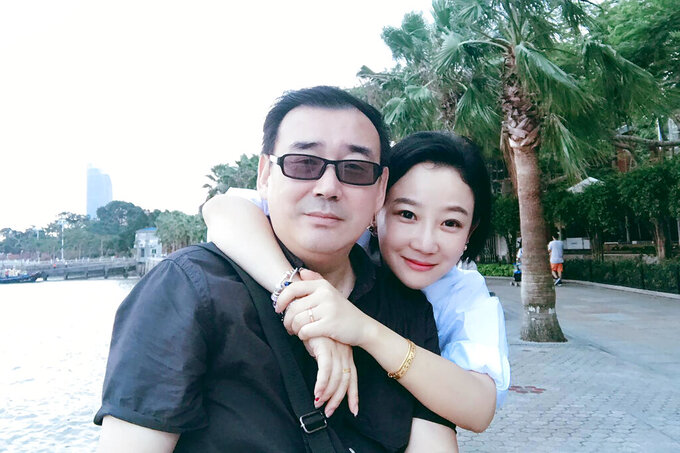 BEIJING (AP) — A Chinese government spokesperson on Tuesday rejected an Australian writer's complaint that he was tortured during interrogation before being put on trial on spying charges.

“There is no arbitrary detention or forced confession with torture on Yang Jun,” said spokesperson Wang Wenbin, referring to Yang by the name used by Chinese officials.

“We advise the Australian side to stop finger-pointing and unfound provocation against China’s rule of law, stop hyping the issue or exerting pressures to grossly interfere with China’s judicial sovereignty,” Wang said.

The case has added to strains in Chinese-Australian relations that are at their chilliest in decades following disputes over technology, security and the coronavirus.

Yang, a crime novelist and blogger, said he asked the judge ahead of his trial last week to exclude records of his interrogation because he was tortured, according to a copy of his account seen by The Associated Press.

“It’s illegal. Torture,” Yang said in the account circulated to his supporters. He didn't say how the judge responded.

The court held a closed trial on Thursday and gave no indication of when a verdict would be released.

Chinese authorities have not released any details of the charges against Yang, who reportedly formerly worked for the country’s Ministry of State Security as an intelligence agent.

Yang said the judge refused his request to submit evidence and call witnesses during the trial, but agreed to include almost 100 pages of defense documents in his file.

Yang has denied the allegations. A conviction is virtually certain.

Chinese law prohibits use of confessions forced by torture or threats.

Yang's account said he was “tired and confused” during the hearing and “didn’t have the spirit to speak enough.” He said he spoke for less than five minutes in his own defense, but that the hearing “gave me a sense that things are OK.”

Possible penalties range from three years in prison to the death penalty.

Beijing has blocked imports of Australian beef, wine, coal and other goods in retaliation for enacting legislation against foreign interference in politics, excluding telecom equipment giant Huawei from Australia's next-generation phone network and calling for an investigation into the origin of the coronavirus that emerged in China in late 2019.

Australia warned its citizens of a risk of arbitrary detention in China in July 2020.

Before their departure, Chinese police questioned both journalists about Australian citizen Cheng Lei, a business news anchor for CGTN, the English-language news channel of Chinese state television, who was detained a month earlier.