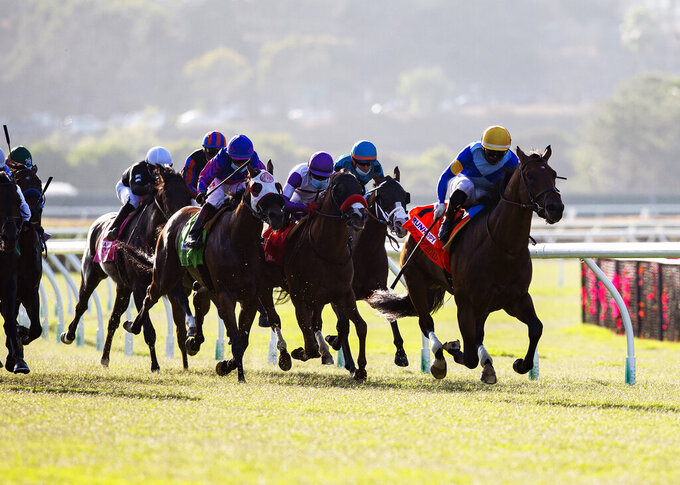 DEL MAR, Calif. (AP) — Del Mar’s jockey colony returned for the resumption of racing after the track was forced to cancel last weekend after 15 jockeys tested positive for the coronavirus.

Riders were cleared Friday after passing screenings by the Del Mar Thoroughbred Club medical staff. Track president Josh Rubenstein says riders who are asymptomatic and test positive may return to work if no symptoms continue 10 days after testing positive.

All but one of the 15 riders who tested positive recently rode at Los Alamitos in Orange County. The recent mass testing was ordered by Del Mar after jockeys Flavien Prat and Victor Espinoza tested positive and went into quarantine.

Prat, Espinoza and Umberto Rispoli were among those who were asymptomatic and returned to ride Friday.

After the spate of positive tests, Del Mar announced a new rule that prohibits any jockey who rides elsewhere during the meet from returning to compete at the track. Other tracks across the country, including Saratoga in upstate New York, have installed similar rules.

Del Mar is adding races on Monday to make up for last weekend's shutdown.

The seaside track located north of San Diego opened its popular summer meet on July 10 without spectators. It races on Fridays, Saturdays and Sundays through Labor Day.