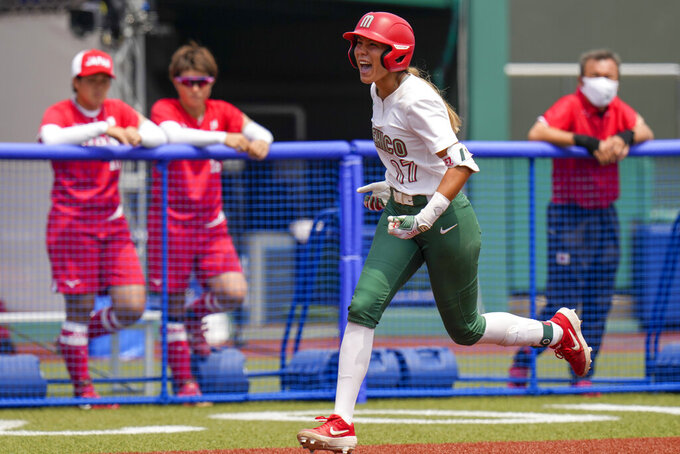 Mexico's Anissa Urtez celebrates as she completes a home run during the softball game between the Mexico and Japan at the 2020 Summer Olympics, Thursday, July 22, 2021, in Fukushima , Japan. (AP Photo/Jae C. Hong)

YOKOHAMA, Japan (AP) — Engaged couple Amanda Chidester of the United States and Anissa Urtez of Mexico were both selected to the Olympic softball all-tournament team.

Chidester was picked as the designated player and Urtez as the shortstop.

Yamato Fujita of Japan was named most valuable player of the tournament. She hit .389 with three homers and seven RBIs in six games for Japan, which beat the U.S. 2-0 on Tuesday for its second straight title.

The team was picked by the World Baseball Softball Confederation and the Tokyo Olympic organizing committee.