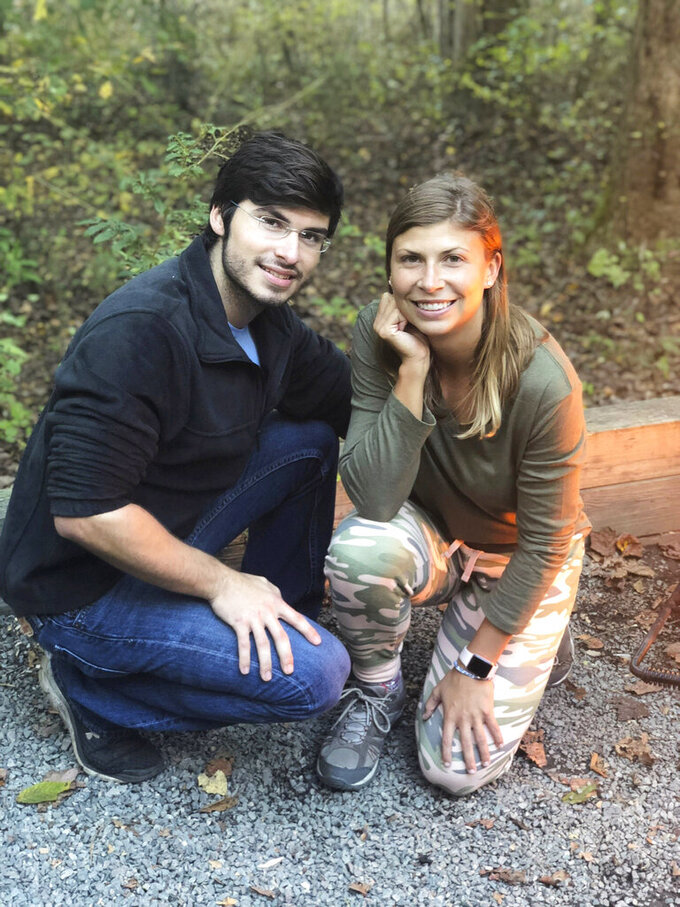 This undated photo provided by Danielle Cordes shows herself and her brother Stephen Cordes in the Davidson River Campground in Pisgah Forest, N.C. A secretive evangelical church in North Carolina says hysteria over the coronavirus may have motivated Danielle Cordes to break into the home of one of the sect's top ministers, but the now-jailed suspect said he was on drugs and doesn’t know why he ended up in the communal house. (Courtesy of Danielle Cordes via AP) 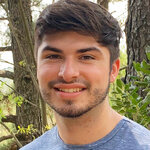 UNDATED (AP) — A secretive evangelical church in North Carolina says hysteria over the coronavirus may have motivated a former member with a gun to break into the home of one of the sect’s top ministers, but the now-jailed suspect said he was on drugs and doesn’t know why he ended up in the communal house.

Members of the Word of Faith Fellowship told authorities that Stephen Cordes, 23, was spotted by a congregant walking into Brooke Covington’s home in Rutherfordton on Sunday afternoon. They said they found the man, who once lived in the home, in a closet. When Cordes tried to leave, the members said, they stopped him. During the struggle, the witnesses said a Glock pistol “fell off Mr. Cordes’ person,” according to a sheriff's investigative report.

A church leader and lawyer told the Charlotte Observer newspaper that Cordes was at least partially motivated by “online hysteria” that congregants have spread the virus in this rural community and are covering it up. Health officials have declined to say if the church has caused an increase in the number of COVID-19 cases.

Cordes grew up in the Word of Faith Fellowship in Spindale, a church he and other former members consider a “cult.” The church was the subject of an Associated Press investigation into allegations that members were regularly slapped, choked and thrown to the floor during a high-decibel group prayer known as “blasting,” which is meant to expel demons.

The church was founded in 1979 by Sam and Jane Whaley in the foothills of the Blue Ridge Mountains between Charlotte and Asheville. Members consider Jane Whaley a prophet. Cordes left the church in 2017 and is a student at North Carolina State University in Raleigh. His parents are still members.

Cordes told AP in a phone call from jail that he was in the town to hang out with friends and blacked out after smoking a marijuana “blunt.” He said the next thing he remembers is being in an upstairs closet of Covington’s home and trying to fight his way out of the house.

“I don’t know why I ended up there,” he said. He acknowledged having concerns about COVID-19 infecting family members in the church, but insists he is not violent and wished no one harm.

He said he carries a gun for protection and usually leaves it in his car.

He has expressed dismay that relatives who remain in the congregation, including his parents, have cut off contact with him.

Three members of the church have died of the virus, according to former members. But it’s unclear how many have been infected. As of Wednesday afternoon, there were 124 reported cases and six deaths in Rutherford County, with a population of about 67,000.

Investigators didn’t speculate on a motive in documents reviewed by AP.

Brooke Covington told authorities she believes Cordes came to her house to harm her or others.

Cordes is being held in the Rutherford County jail on a $100,000 bond, though the case will be handled by a prosecutor in another county, according to Ben Cooper, an attorney who is also Cordes’ cousin.

Cordes was lying on the ground with his hands bound behind his back with plastic ties when deputies arrived, the report said. Authorities said a pistol was nearby and a shotgun was found in the trunk of his rental car, which was left running.

Cordes is charged with breaking and entering to terrorize or injure along with possession of more than 10 ounces of marijuana and 1.8 grams of methamphetamine, authorities said. He could face additional charges.

A search warrant said investigators were looking for evidence “that may relate to the crime of attempted murder.” Pictures show his face, arms and back bloodied and bruised. Cordes acknowledged using drugs but said he doesn’t know where the meth came from.

Brooke Covington is one of Word of Faith Fellowship’s top leaders. Covington is currently facing charges of kidnapping and assault related to a 2013 attack in which a young, gay man says he was beaten during a blasting session to expel his “homosexual demons.” Her husband, Kent Covington, is currently in federal prison related to an unemployment fraud scheme at businesses owned by church leaders.

Various current and former church members have lived communally in the home over the years.

Cordes has described beatings by church members, being sexually assaulted and being separated from his parents during his childhood.

His sister, Danielle Cordes, said her brother is not dangerous, but a traumatized and troubled young man, and they are seeking help for him.

“He’s going through a really tough period right now as a result of the way he grew up,” she said.

Josh Farmer, a church member and attorney, did not respond to an email with questions. Word of Faith has said it’s been persecuted for years because of its beliefs. They also have said threats of violence have increased since the global coronavirus pandemic. A statement on the church’s website said it has been “100 percent compliant with public health guidelines.”

Follow AP coverage of the Word of Faith Fellowship at https://apnews.com/WordofFaithFellowship