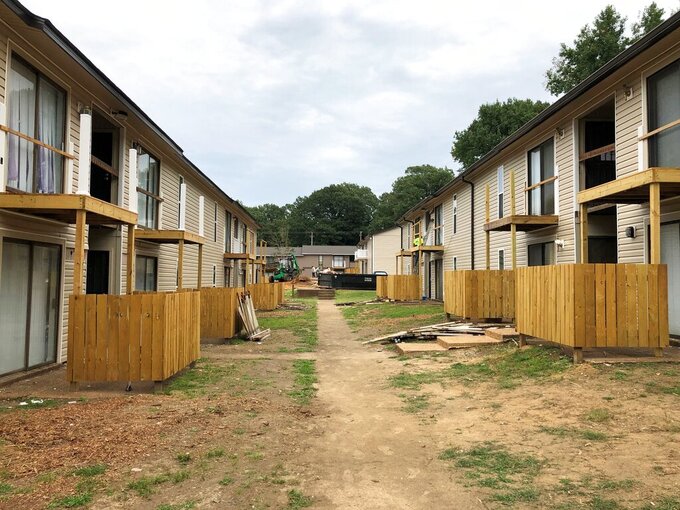 NASHVILLE, Tenn. (AP) — The federal government defended its national eviction ban before a judge Friday, arguing that the moratorium had helped prevent the spread of COVID-19 and did not overstep the authority provided by Congress.

The arguments are part of a federal lawsuit filed by a handful of landlords in Memphis earlier this year, which claims the eviction moratorium has unfairly strained their finances and violated their property rights.

Property owners across the country have filed similar complaints seeking to overturn President Donald Trump’s directive, implemented by the Centers for Disease Control and Prevention, that broadly prevents evictions through the end of 2020. However, most of those suits have been dismissed.

Most recently, a judge in Ohio dismissed a landlord’s complaint after the federal government clarified that landlords were still free to pursue eviction proceedings while the federal ban is still in place.

“The aims of the order are to allow people to remain in their homes to prevent gatherings, congregate settings or unsheltered homelessness,” said Leslie Vigen, an U.S. Department of Justice attorney representing the federal agencies named in the complaint.

Vigen added that the CDC rarely exercises such broad authority but has done so in this situation due to the unprecedented nature of the COVID-19 outbreak.

“The CDC’s authority is directly correlated to the breadth of the disease it’s trying to combat,” Vigen said.

Attorneys for the seven Memphis landlords — who collectively manage or own more than 5,000 rental units — counter the CDC's order has caused irreparable harm because it notably didn't include financial help for property owners, forcing many to consider selling their properties as rents go unpaid. The landlords also argue that it's unconstitutional because it deprives them of exercising property rights.

“If Congress wanted to do what the CDC is now doing, Congress could have done it. Congress chose not to do it because it violates fundamental rights and it's unlawful,” said attorney Josh Kahane.

Before the CDC's directive was handed down, Congress had passed the CARES Act, which included a more modest eviction ban that covered an estimated 12 million people in federally supported housing. When Congress didn't extend that ban when it expired over the summer, Trump signed an directive that paved the way for a much more broad moratorium.

During the arguments, U.S. District Judge Mark Norris — who is overseeing the case — asked Vigen if the CDC had the authority to stop in-person voting, noting that people waiting in long lines could be considered large gatherings that might spread the virus.

“The CDC hasn’t taken that action, so I can’t hypothetically say that it would absolutely be precluded but the CDC is obviously constrained by the bounds of the Constitution and it would have to be taken into consideration whether or not that’s constitutionally appropriate,” Vigen responded.

Norris didn't rule from the bench Friday, but instead promised he would have a decision soon on whether to block the eviction directive from being implemented.