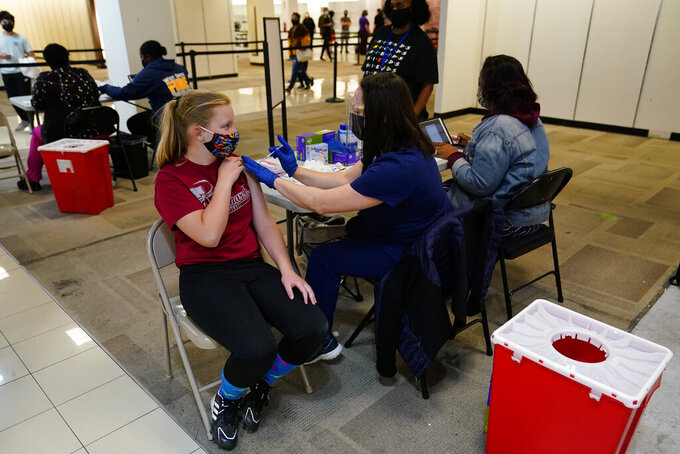 Fewer renters than expected are applying for pandemic assistance in Pennsylvania, alarming state officials who urged tenants who are behind on rent to submit their applications now in light of a judge's recent decision striking down a national eviction moratorium.

The ruling has been put on hold while the Biden administration appeals. But the uncertainty around the moratorium prompted the Department of Human Services, which runs the state's rental assistance program, to plead with renters to take advantage of the program.

Snead said the program is meant to help Pennsylvania avoid a wave of evictions caused by the coronavirus pandemic.

Early indications are that it has been slow to get off the ground. Only about 8,000 applications for rental assistance have been submitted through a state portal, representing two-thirds of Pennsylvania counties. The average benefit has been about $4,000 per applicant.

“We do not want to leave funds unspent when we know there is likely an incredible need across Pennsylvania,” Snead said.

Pennsylvania had similar problems last year, spending just $54 million on rental assistance out of $150 million allocated in an earlier relief package. The Pennsylvania Housing Finance Authority returned the rest, some of which went to the state corrections department.

A primary roadblock to landlords' willingness to participate in last year's program — a $750 cap on monthly payments — does not apply this year.

In other coronavirus-related developments in Pennsylvania on Tuesday:

Pennsylvania is allowing more people at indoor and outdoor events.

“As more Pennsylvania adults get vaccinated and guidance from the CDC evolves, we can continue to move forward with the commonwealth’s reopening efforts,” Gov. Tom Wolf said in a statement Tuesday.

The state has previously announced that nearly all COVID restrictions will go away on Memorial Day, including capacity limits on bars, restaurants and other businesses, as well as indoor and outdoor event gathering limits. The state's mask mandate will remain until 75% of adults are fully vaccinated. Statewide, about 45.6% of people aged 18 and older have been fully vaccinated as of Tuesday, according to the U.S. Centers for Disease Control and Prevention.

In Philadelphia, meanwhile, city officials announced pandemic restrictions will be eased beginning later this month, and will go away almost entirely on June 11.

Starting May 21, retail stores and offices will no longer have to operate at reduced capacity, and the city is lifting its rule that bars and restaurants can only serve alcohol with food. Capacity limits on gyms, exercise classes and theaters will be eased, as well as limits on outdoor and indoor catered events.

The city plans to lift all restrictions under its “Safer at Home” initiative on June 11, though its masking requirement will remain for the foreseeable future.

The health commissioner, Dr. Thomas Farley, said he’s keeping the mask mandate in place to make sure the dip in cases and the positivity rate is not just a seasonal phenomenon.

“It’s not a big deal. It’s a light thing. We’re not asking people to carry a piano,” said Mayor Jim Kenney, adding he planned to wear his mask through the winter.

The Philadelphia Eagles said they were excited to welcome fans back to Lincoln Financial Field.

“As we look ahead to a full stadium, we encourage our community to get vaccinated,” team President Don Smolenski said in a statement.

Younger teens in the Philadelphia suburbs lined up to get vaccinated Tuesday after the U.S. Food and Drug Administration expanded the use of the two-dose vaccine to 12- to 15-year-olds.

About 750,000 Pennsylvania children are eligible for Pfizer’s COVID-19 shot after the U.S. Food and Drug Administration expanded the use of the two-dose vaccine to 12- to 15-year-olds, according to state health officials.

The Montgomery County Office of Public Health began administering the shots to kids in that age group on Tuesday, even though the state Health Department asserted that providers need to wait until a federal vaccine advisory committee signs off, which is expected to happen Wednesday.

“Under all relevant legal authority, once the FDA gives approval, a prescriber is permitted to prescribe the vaccine,” said Montgomery County spokesperson Kelly Cofrancisco. Since the vaccine committee “does not have any role in determining whether we begin administering the Pfizer vaccine to those 12 and up starting today, we chose to move ahead.”

About 300 people between the ages of 12 and 15 signed up to get the shot, not including walk-ups, according to Cofrancisco,

The state Health Department later softened its language, saying it was “exercising an abundance of caution in recommending that vaccine providers wait” until the Advisory Committee on Immunization Practices gives the go-ahead.