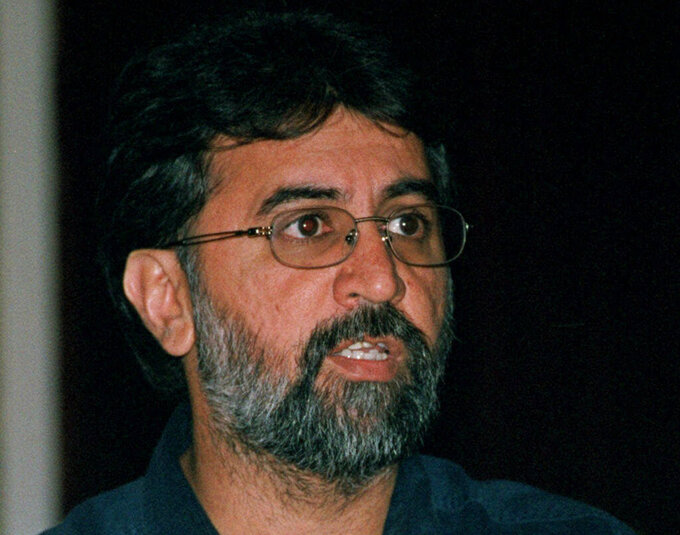 FILE - In this March 13, 2001 file photo, Tehelka editor Tarun Tejpal speaks at a hotel in New Delhi, India. An Indian trial court on Friday acquitted Tejpal, a high-profile editor of an investigative magazine of the charge of sexually assaulting a female colleague in the elevator of a five-star hotel nearly eight years ago. (AP Photo/Ajit Kumar, File)

NEW DELHI (AP) — An Indian trial court on Friday acquitted the founder and editor of an investigative magazine of the charge of sexually assaulting a female journalist in the elevator of a five-star hotel nearly eight years ago.

Judge Kshama Joshi read out a brief order in the presence of Tarun Tejpal and his family, his attorney Suhas Velip told reporters. The media were not allowed in the courtroom because of COVID-19 restrictions.

Tejpal, 58, came under investigation after the woman told the Tehelka magazine’s managing editor about the alleged assault. The woman has not been named in line with Indian laws protecting identities in sexual assault cases.

Police arrested Tejpal, who founded the magazine and was its editor-in-chief, in 2013. He was later freed on bail.

The charge sheet accused Tejpal of rape and wrongfully restraining the woman under newly expanded laws that broaden the definition of rape to include other forms of sexual assault. If convicted, he could have faced up to seven years in prison.

The woman said Tejpal assaulted her twice in a hotel elevator in Goa, on Nov. 7 and 8, 2013, when the magazine was hosting its annual conference of Indian leaders, newsmakers and celebrities. The woman’s duties at the conference involved escorting Robert De Niro and his daughter to events.

The woman did not comment immediately on Tejpal's acquittal. After she filed the complaint against him, Tejpal stepped aside at the magazine, which has published stories exposing corruption and sexual violence in India. His current status is unclear.

A statement in the name of Tejpal thanked the court for its “rigorous, impartial and fair trial.”

"The past seven and a half years have been traumatic for my family as we have dealt with the catastrophic fallout of these false allegations on every aspect of our personal, professional and public lives,’’ the statement said.