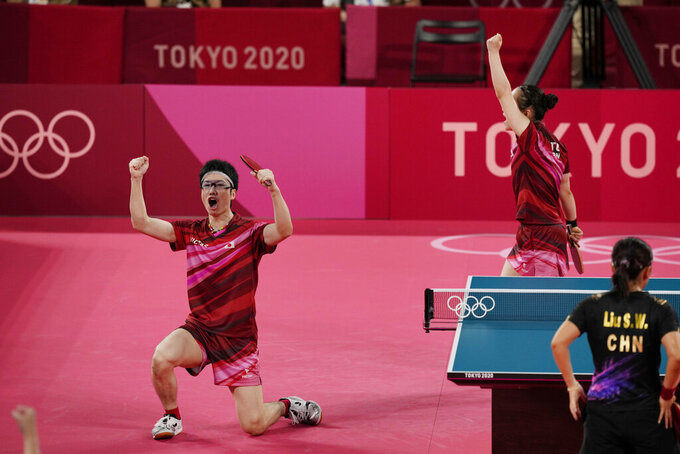 TOKYO (AP) — The host country knocked off a heavyweight for Olympic gold in table tennis on Monday.

Hopes were still high for Japan entering the match. Mizutani won bronze in singles in Rio, and Ito is considered by some to be China’s biggest threat in the female ranks.

China then won the sixth game, 11-6, to set up a deciding seventh game, which Japan dominated, taking an 8-0 lead and holding on for an 11-6 win — and the gold.

China’s table tennis team is so strong that Liu, the women’s world champion, didn’t even make the women’s singles’ team and is only playing team events.