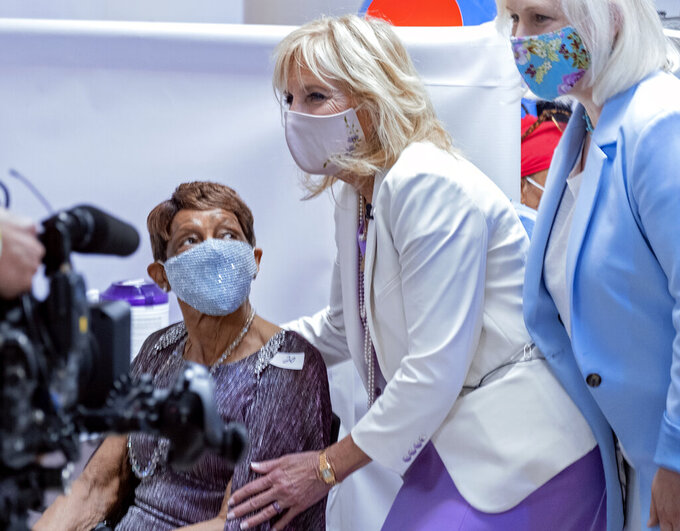 Biden, Fauci and U.S. Sen Kirsten Gillibrand, a New York Democrat, watched as people got their shots in the basement of the Abyssinian Baptist Church.

Biden asked a teenager about to get his shot how old he was, and when he said he was 14, she responded, “You're 14, that's exactly what we want! Twelve and over.”

The Abyssinian Baptist Church has often hosted elected officials and other dignitaries, including in February when former President Bill Clinton and former Sen. Hillary Clinton attended a memorial service for actor Cicely Tyson.

The church first started offering vaccine doses in January in an effort to boost the vaccination rates in New York City’s Black and Hispanic communities.