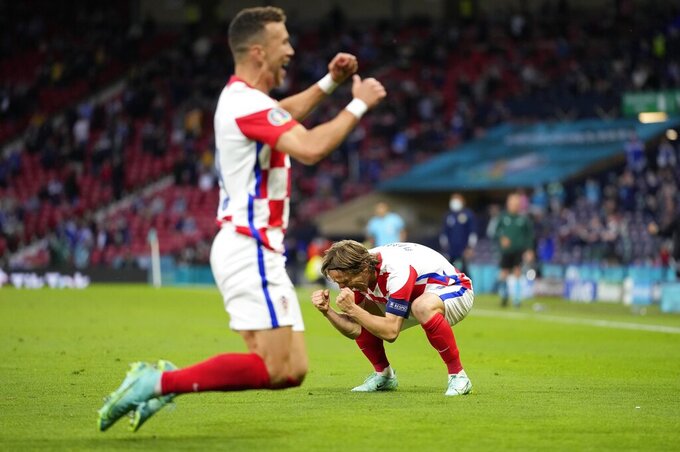 JOHANNESBURG — South Africa has reintroduced tough restrictions including a ban on alcohol sales and an extended nightly curfew as it fights a fast-increasing surge of COVID-19 cases.

South Africa recorded more than 15,000 new cases Sunday including 122 deaths. That brings its total fatalities to near 60,000.

The country’s most populous province of Gauteng has the brunt of the current surge accounting for about 66% of new infections. The province includes the largest city Johannesburg and the capital Pretoria.

Health authorities are concerned that the country’s eight other provinces are likely to soon see spikes in cases to match those in Gauteng, where hospitals are running short of COVID-19 beds and patients are being taken to health facilities in other provinces. Neighboring Zimbabwe, Namibia and Mozambique are also fighting growing numbers of cases, hospitalizations and deaths.

MORE ON THE PANDEMIC

— Parts of Sydney going into lockdown as virus outbreak grows

— Bruce Springsteen marks the return of live shows on Broadway

PARIS — The government of Luxembourg says Prime Minister Xavier Bettel has tested positive for COVID-19 and is in isolation for 10 days.

A statement Sunday on the government website said Bettel’s symptoms are mild, including a fever and headaches, and that he will continue to work, remotely.

“Bucharest has the highest vaccination rate in the country,” Prime Minister Florin Citu wrote online Sunday. “Also in Bucharest, in the last 24 hours we had 0 (!!!) infected people with SARS-COV2. Vaccination is the only solution to overcome the pandemic. It is that simple!”

Since the pandemic started 1.08 million people in Romania have tested positive for COVID-19 and more than 33,000 have died.

ROME — Italian health and regional officials are urging people to leave for vacation only after they are vaccinated, as the delta variant of COVID-19 is becoming more prevalent in the country.

Virus experts in Italy are sounding warnings that the virus with that variant is more transmissible and less sensitive to COVID-19 antibodies.

Italians in some places are increasingly not showing up for their second vaccine dose, or even keeping first-dose appointments, as holiday season gears up.

Gov. Vincenzo De Luca of the Campania region, which includes Naples, is warning that if the metropolis’ vaccination rate doesn’t improve, a new lockdown could be ordered after summer.

So far, about 30% of people in Italy have completed COVID-19 vaccination.

In the nation of 60 million people, doctors are particularly worried about the 2.7 million persons older than 60 who haven’t signed up to receive a first dose.

Starting Monday, mask-wearing will no longer be required outdoors, except in crowded situations or where it’s impossible to keep a safe distance.

TOKYO — Tokyo’s governor, who has taken time off since last week due to severe fatigue, needs to rest several more days this week, the metropolitan government said Sunday, as experts warn a resurgence of the infections less than a month before the capital city hosts the Olympics.

Gov. Yuriko Koike has been resting since last Wednesday due to severe fatigue. She was to rest until Sunday but Tokyo metropolitan officials said she will be off several more days. She has been deeply involved with preparations for the Olympics and Paralympics as well as leading the capital’s coronavirus response. Officials refused to confirm media reports that Koike has been hospitalized.

After one year postponement, the Olympics will begin on July 23. Last week, Olympic officials decided to allow the public to attend the Games, though caps were set on spectators. Health experts have expressed deep concern the Games could cause the virus to surge in the Tokyo region.

Japan last week eased a state of emergency in most other areas, but daily new cases have already been rising back in Tokyo, and experts have warned of further increase of the infections as the Delta strain of the virus spreads.

Tokyo on Sunday reported 386 new cases, up from 376 a week earlier as the capital makes a week-on-week increase for a eighth consecutive day. Japan had 794,457 cases and 14,657 deaths as of Saturday.

JERUSALEM — Israel’s new prime minister is urging the country’s youth to get vaccinated as coronavirus case numbers have crept up in recent days due to a localized outbreak of the Delta variant.

Naftali Bennett’s comments came at a meeting of the government Sunday in Jerusalem.

The prime minister also says the government has appointed a special director in charge of managing the country’s border crossings — with particular emphasis on Israel’s main international airport — and preventing the spread of the coronavirus and other diseases.

Bennett said the appointment of Roni Numa, a former army general, aims to step up the country’s efforts “to prevent the entry of this virus and variants and other future viruses from around the world into Israel.”

Many of the new cases reported in the past week were traced to individuals who had arrived from abroad.

KUALA LUMPUR, Malaysia — Malaysia’s leader says the country will indefinitely extend a near-total lockdown that’s been in place for a month, as coronavirus infections remain high.

Prime Minister Muhyiddin Yassin on Sunday said the lockdown won’t be eased unless daily new cases fall below 4,000, the vaccination rate reaches 10% and demand is reduced for intensive care in hospitals. The national Bernama news agency quoted Muhyiddin as saying he hopes this will happen by mid-July.

The lockdown was set to expire Monday.

Daily new cases have stubbornly stayed above 5,000, with the Health Ministry on Sunday reporting 5,586 new infections, taking the country’s tally to 734,048 cases and nearly 5,000 deaths.

Only 6% of Malaysia’s 33 million people have been fully vaccinated so far, but the government has stepped up vaccination efforts.

Malaysia halted most economic and social activities since June 1, after daily cases shot up to more than 9,000 cases.

It was the second nationwide lockdown in over a year and is expected to hurt its economic recovery. The World Bank has cut its growth forecast for Malaysia to 4.5% this year, from an earlier estimate of 6%.

GENEVA — The head of the World Health Organization lamented the lack of coronavirus vaccines being immediately donated by rich countries to the developing world.

WHO director-general Tedros Adhanom Ghebreyesus said Friday that there was nothing to discuss during a recent meeting of an advisory group established to allocate vaccines.

In his words: “There are no vaccines to allocate.”

Tedros says concerns being raised by some donors that African countries don’t have the infrastructure to deliver vaccines or that there are vaccine hesitancy problems are inconsequential. He criticized rich countries that may be using that as a “pretext” not to donate vaccines.

RALEIGH, N.C. — In the two weeks since the state of North Carolina announced four $1 million prizes would be given out to vaccinated adults, less than 118,000 residents, about 1% of the state population, came in for a first dose.

Less than half of North Carolinians eligible for a coronavirus shot are fully vaccinated, even though there are more than 2.1 million doses waiting on shelves for residents to take.

North Carolina ranks 12th worst in the nation in vaccines administered per capita, according to data from the U.S. Centers for Disease Control and Prevention.

GENEVA — The head of the World Health Organization said the COVID-19 variant first seen in India, also known as the delta variant, is “the most transmissible of the variants identified so far” and that it is now spreading in at least 85 countries.

At a press briefing on Friday, WHO director-general Tedros Adhanom Ghebreyesus said the U.N. agency was concerned about it’s the increasing reach of the delta variant, particularly among unvaccinated populations.

“We are starting to see increases in transmission around the world,” Tedros said, adding that “more cases means more hospitalizations...which increases the risk of death.” WHO has previously said that two doses of the licensed COVID-19 vaccines appear to provide strong protection against the variant first seen in India, but warned the lack of access to vaccines in poor countries — which have received fewer than 2% of the billion doses administered so far — makes them extremely vulnerable.

Tedros also said the unchecked circulation of the coronavirus could lead to the emergence of even more variants.

“New variants are expected and will continue to be reported,” Tedros said. “That’s what viruses do. They evolve,” he said. “But we can prevent the emergence of variants by preventing transmission.”

AMSTERDAM — The European Medicines Agency has approved a new manufacturing site for Johnson & Johnson’s COVID-19 vaccine, in a move that should boost production of the one-dose vaccine across the 27-nation EU.

In a statement Friday, the EU drug regulator said the new site in Anagni, Italy, will finish manufacturing of the J&J vaccine, which was licensed for use in adults across Europe in March. Production problems have stalled J&J’s roll-out across the European Union in recent months and millions of doses made at a U.S. factory had to be thrown out after contamination issues.

The EU has ordered 200 million doses of the J&J vaccine and was expecting 55 million by the end of June; to date, fewer than 14 million doses have been distributed.

J&J’s vaccine roll-out was also stalled after the EMA concluded there was a “possible link” between the coronavirus shot and very rare blood clots and recommended that a warning should be added to the label. Health officials say the vaccine’s benefits still far outweigh the risks.