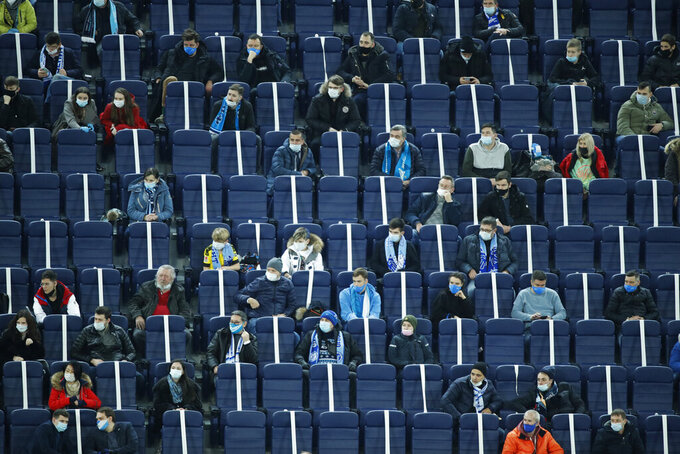 German soccer club Wolfsburg says right back William has tested positive for the coronavirus and will miss Wednesday’s match against Bayern Munich.

Wolfsburg says the 25-year-old Brazilian started feeling symptoms on Sunday and asked the club for a test. He is now in isolation at home and will also miss Saturday’s game against Stuttgart and a German Cup game next week against second-division club Sandhausen.

William played briefly as a substitute in Wolfsburg’s 2-1 win over Eintracht Frankfurt on Friday as the club moved up to fourth place in the league. It was his first game since tearing the anterior cruciate ligament in his left knee in February.

Wolfsburg says William hasn’t had any close contact with anyone else at the club since the onset of his symptoms.