LEADING OFF: Nats player tests positive; Davis out for year 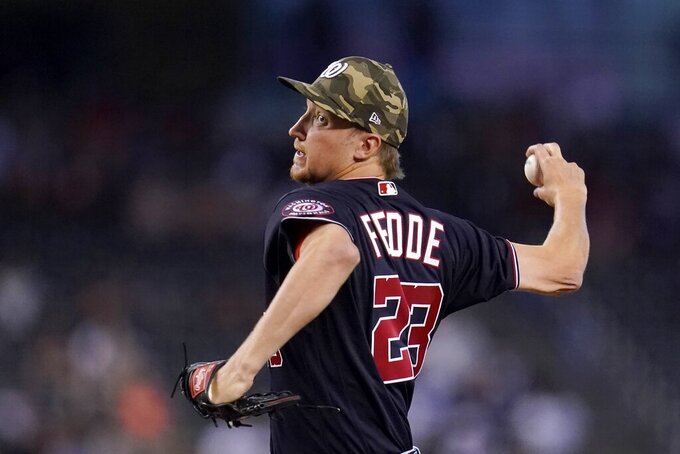 Washington Nationals starting pitcher Erick Fedde throws a pitch against the Arizona Diamondbacks during the first inning of a baseball game Sunday, May 16, 2021, in Phoenix. (AP Photo/Ross D. Franklin)

An unidentified Washington Nationals player who is vaccinated and asymptomatic has tested positive for COVID-19, manager Dave Martinez said Wednesday.