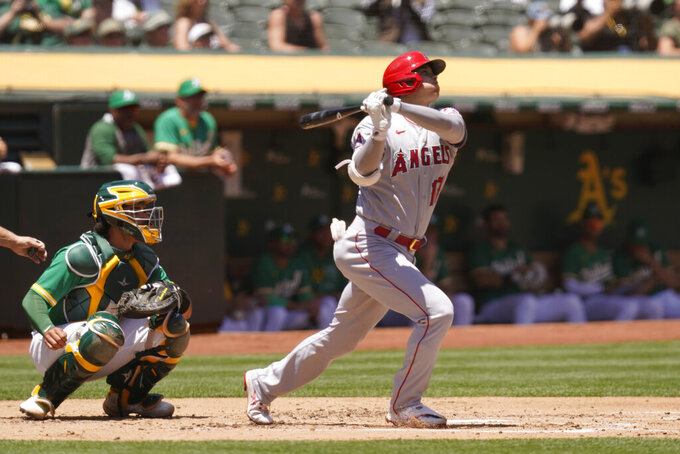 The 26-year-old outfielder, designated hitter and pitcher homered twice Friday and has 21, one behind major league leaders Fernando Tatis Jr. of San Diego and Vladimir Guerrero Jr. of Toronto. Ohtani is hitting .273 with 50 RBIs, and he is 3-1 with a 2.70 ERA in 10 starts.