Louisiana Senate releases $37B budget proposal for next year 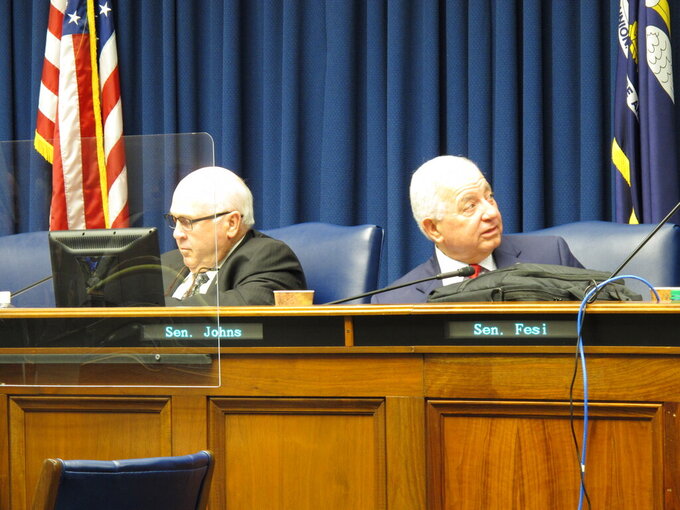 The Senate's proposed spending blueprint for the financial year that begins July 1 — pieced together and approved by the Senate Finance Committee — largely remains in line with the budget plan passed weeks earlier by the House. But since the House approved its spending recommendations, Louisiana's income forecast brightened, giving senators hundreds of millions of dollars more to plug into the package of spending bills.

“This state's been very fortunate. I think most of us think our economy's really on the cusp of busting loose," said Finance Chairman Bodi White, the Baton Rouge-area Republican who handles the budget bills in the Senate.

The Senate added $10.5 million to a tuition aid program for community college students and $18 million for an array of other higher education programs. Those include dollars for the university agricultural centers, a student athlete health and wellness study at Louisiana State University, equipment for LSU's medical school in Shreveport, improvements at Southern University and turf replacement at Northwestern State University.

Public school teachers would get an $800 pay raise, while support workers such as bus drivers and cafeteria employees would see their salaries rise by $400. Earlier in the session lawmakers had discussed boosting those raises to $1,000 and $500, but the Senate decided against the idea.

Senators also added dozens of earmarks for favored projects in their districts. Among the heftiest add-ons are $12 million in road projects for Lafayette, the city where Republican Senate President Page Cortez lives. Other dollars would go to a skate park in Ruston, the New Orleans recreational department, fire departments in Ascension Parish, the River Road African American Museum, the National World War II Museum, local towns' road repairs and an athletic foundation in White's hometown of Central.

While the full Senate still must vote on the proposal, the agreement presented Monday was worked out behind the scenes with many senators involved in those negotiations. The House and Senate will have to reach an agreement on a final package of spending measures before the legislative session ends June 10.

Louisiana's tax collections are rebounding from the coronavirus outbreak, and the state also is flush with federal pandemic relief. Lawmakers don't face the budget cutting debates of prior years, and instead have to decide how to spend the largesse, with a surplus from last year, unspent tax collections from this year and federal cash.

In other budget bills, the Senate proposes to spend $400 million of the excess tax collections from this year on the first year of a multiyear debt owed to the federal government for upgrades made to the flood protection system across five parishes in the New Orleans area after Hurricane Katrina.

The state operating budget is balanced with at least $720 million in short-term cash that isn’t expected to be available in later years, including $600 million in enhanced federal Medicaid money available because of the coronavirus pandemic.

Combined with other budget measures, the state would spend more than $42 billion on programs and services in the 2021-22 financial year. Spending on legislative and judicial operations, allocated through separate budget bills, would grow larger, and judges would get another year of a multiyear pay raise.

The Senate has yet to outline its proposed spending plans for the latest round of federal pandemic aid.