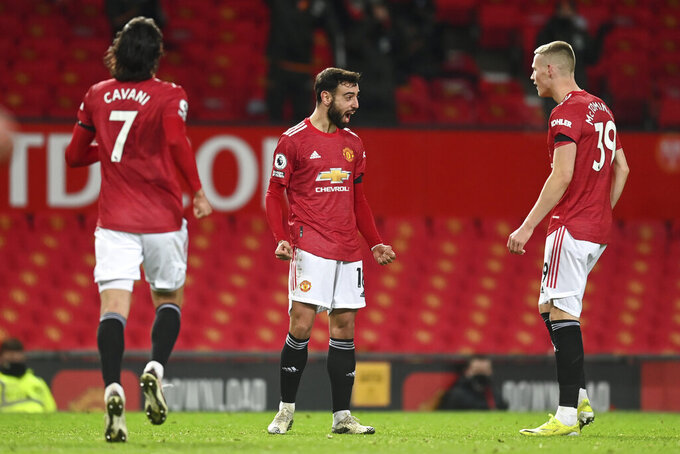 NYON, Switzerland (AP) — Manchester United and Arsenal had their next Europa League games moved to Italy on Tuesday because of pandemic-related restrictions on travel from England.

UEFA said the home stadium of Juventus in Turin will stage Man United facing Real Sociedad in the first leg of the round of 32 on Feb. 18. It should have been a home game for the Spanish side.

Arsenal's visit to Lisbon to play Benfica on the same date has been moved to Stadio Olimpico in Rome.

Four Premier League teams have this week denied their next European opponent home advantage. Concerns about an aggressively transmissible COVID-19 variant spreading in England required the games to be switched to neutral venues.

Liverpool and Manchester City are both headed to Budapest, Hungary, for Champions League matches against Leipzig and Borussia Mönchengladbach, respectively, in the next two weeks.

It is unclear if English teams will be able to host second-leg games in the weeks ahead.