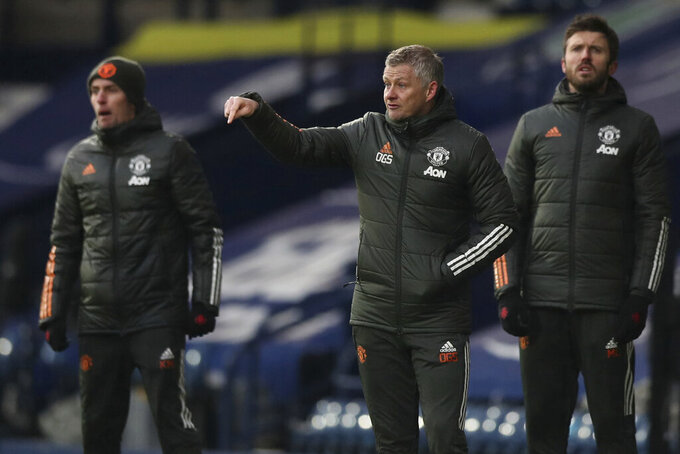 GENEVA (AP) — Former European champions Manchester United and AC Milan will meet in the round of 16 of the Europa League, putting 39-year-old forward Zlatan Ibrahimović up against his former English club.

Ibrahimović played for United for two years, including in the 2016-17 season when United won its only Europa League title.

Milan, a seven-time European Cup champion, has never won the Europa League or its predecessor the UEFA Cup — the only continental title it is missing.

“It’s one of the those draws again that you feel could be a Champions League game,” United manager Ole Gunnar Solskjaer said Friday.

United dropped into the Europa League after finishing third in its Champions League group. Milan last played in the top-tier competition in 2014.

Both teams are on track to qualify for the next Champions League, in second place in their domestic leagues trailing crosstown rivals Manchester City and Inter Milan, respectively.

“They’re on the up and have done really well this season,” Solskjaer said of Milan, which is scheduled to visit Old Trafford for the first leg on March 11.

The return leg at San Siro is one week later.

Arsenal will face Olympiakos and go back to Piraeus for its second straight game in the competition. The London team used Olympiakos’ stadium as a neutral venue on Thursday and beat Benfica 3-2 in the “home” leg in the round of 32.

Arsenal and Olympiakos will be meeting in a European competition for the sixth time in the past 12 seasons. Olympiakos won in the last 32 a year ago.

It is unclear if fans could be allowed to attend games, and some venues could change because of national restrictions on travel and quarantines amid the COVID-19 pandemic.

Molde is unlikely to play in Norway for the second leg against Spanish club Granada. Molde played its previous “home” game against Hoffenheim in Villarreal, Spain.

Ukraine has two teams in the last 16 while higher-ranked countries Germany, France, Portugal and Russia have none left.

Shakhtar Donetsk, which won the last UEFA Cup final in 2009, will play at Roma in the first leg. Roma coach Paulo Fonseca joined the Italian club in 2019 after winning three Ukrainian league titles with Shakhtar.

The Europa League final is scheduled for May 26 in Gdańsk, Poland. The winner is guaranteed a place in the next group stage of the Champions League.