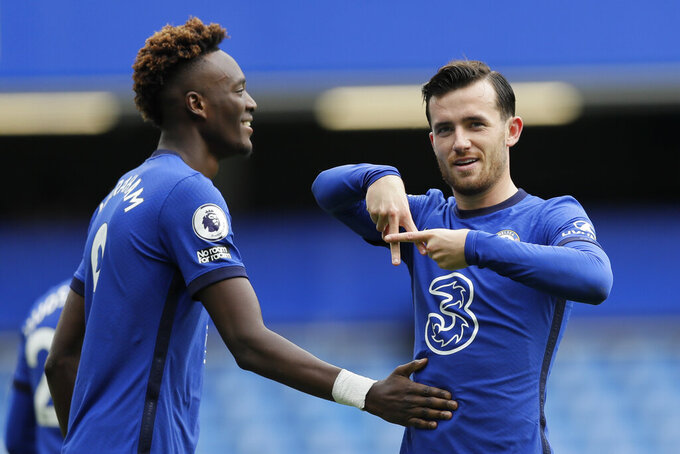 A look at the pick of the soccer friendlies in Europe and European Championship playoffs on Thursday:

Playoffs that will decide the last four places in the 24-nation European Championship lineup will finally start. It's almost seven months since they were postponed in March as the coronavirus pandemic spread. Eight games are played Thursday with winners advancing to finals on Nov. 12 in four separate brackets. The standout game is in the third-tier bracket: Norway vs. Serbia, pitting Erling Haaland of Borussia Dortmund against Dusan Tadic of Ajax. The winner will host Scotland or Israel next month. In the top tier, the winner of Bulgaria vs. Hungary will host the winner of Iceland vs. Romania. In the second-tier, Bosnia-Herzegovina faces Northern Ireland for the right to host Slovakia or Ireland. One newcomer is sure to be at the tournament kicking off next June. The lowest-ranked bracket is Georgia vs. Belarus for the right to host North Macedonia or Kosovo, world soccer's newest national team. UEFA has allowed fans to attend the games at up to 30% of stadium capacity if local public health rules allow.

For the first time since a 6-1 win over Cyprus in November last year in a European qualifying game, Belgium fans are allowed back at their national arena. Because of COVID-19 restrictions, only 11,000 spectators will be admitted inside the King Baudouin stadium as Belgium takes on Ivory Coast in a friendly match. Despite the limited number of seats available, the match against Ivory Coast, a nation sitting 60th in the FIFA rankings, did not draw much attention as tickets remained on sale as of Wednesday. Belgium, the No. 1 team in the rankings, was initially set to take on New Zealand, which had to cancel its trip due to the coronavirus pandemic. Unbeaten in its past 12 matches, Belgium will then travel to England and Iceland during the international break for a couple of Nations League games.

England players Tammy Abraham, Ben Chilwell and Jadon Sancho will miss the game while they await the results of coronavirus tests after attending a party at the weekend. The trio's arrival at the England training base was delayed this week as the Football Association assessed if there was any risk to the squad as a result of the party held at Abraham’s house, which Chilwell and Sancho also attended. England manager Gareth Southgate said the players will not be available against Wales but couldn’t say whether they may return to play the Nations League match against Belgium on Sunday.