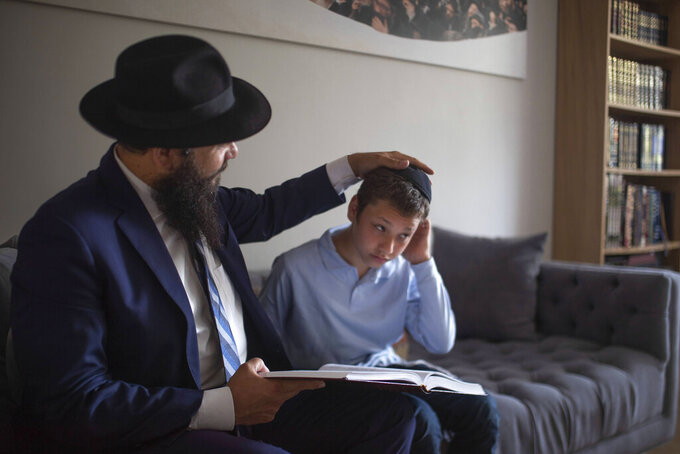 “We always come together. So it’s for the good, for the bad too,” Banon said. “We’ve been hit very badly because we’re a family and now we’re all working very, very hard to stay confined and to stay separate.”

Serge Berdugo, head of the Council of the Jewish Communities of Morocco, said 12 community members died in the country between late March and late April after contracting the virus. That’s nearly six percent of the 206 coronavirus-related deaths that Morocco, a country of about 36 million, announced as of June 2.

In Casablanca, the community that remains is vibrant. The city boasts about 15 functioning synagogues and five kosher restaurants, said Berdugo, an ambassador-at-large for Morocco’s king.

Toledano said it pains him that his friend cared for the dead in ways that couldn’t be accorded to him. “We say that the best thing that we can do is take care of someone who passed away because he can’t pay you back.”

Mittelman also had a story of loss, a teacher at the Jewish school where Mittelman has taken students to learn about Jewish life in Morocco. They would watch him conduct his Hebrew-singing students “like an orchestra,” Mittelman said. He was “full of life and always smiling.”

Banon relies on his faith to process the losses.

“God decides, God brings down, God gives and God takes and you just have to learn to accept it,” he said. “The best way for us to accept it is just to understand that we don’t understand. ... God understands.”

He also takes heart in the solidarity of the tight-knit community.