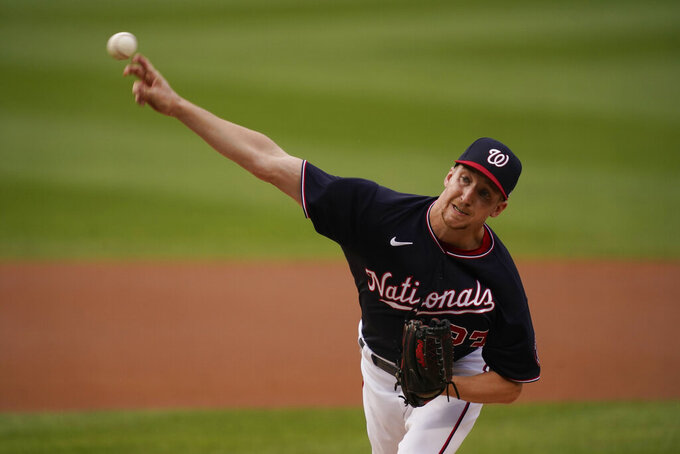 MIAMI (AP) — Erick Fedde went on the 10-day injured list Sunday because of a mild oblique strain, and Washington Nationals manager Dave Martinez was unsure when the right-hander would be ready to pitch.

“We’ll see how it goes the next few days,” Martinez said. “It’s something you’ve got to be careful about.”

Fedde is 4-4 with a 3.90 ERA in 11 starts. He threw 21 consecutive scoreless innings before giving up five runs in four innings in the Nationals' 13-12 win over Philadelphia on Wednesday.

Fedde first felt an issue with his side the day after the game and underwent an MRI, Martinez said.

“He had no idea how he got it,” Martinez said.

The roster move was retroactive to Thursday. Fedde missed time earlier this season because he was on the COVID-19 injured list.

Washington recalled right-handed reliever Andres Machado from Triple-A Rochester, where he had a 2.63 ERA with 18 strikeouts in 13 2/3 innings.