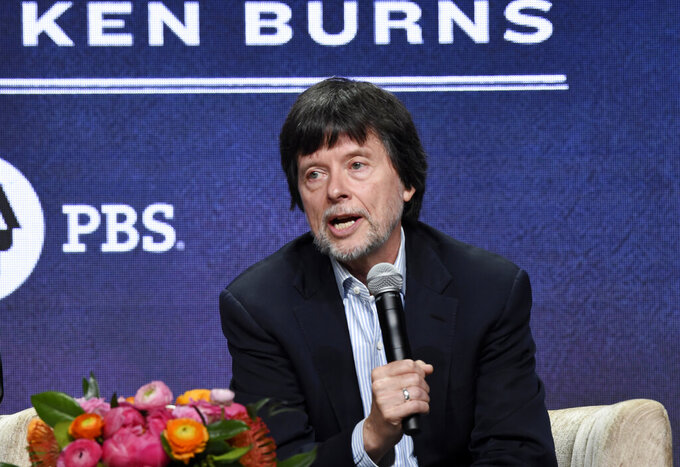 FILE - Ken Burns, director of the PBS documentary series "Country Music," speaks in a panel discussion during the Television Critics Association Summer Press Tour on July 29, 2019, in Beverly Hills, Calif. Burns says he has eight new projects in the works, including deep-dive looks at Benjamin Franklin, Muhammad Ali, Leonard da Vinci and Ernest Hemingway. PBS announced a new online home for all the work of Burns and other documentarians, a subscription streaming service that will start next month. Besides Burns' library, the service will also have work from "NOVA" and "Frontline. (Photo by Chris Pizzello/Invision/AP, File)

CONCORD, N.H. (AP) — A group of New Hampshire notables has recorded public service announcements to get the word out to residents that they can vote absentee in the state primary and general election during the coronavirus pandemic.

“I am acutely aware of the benefits of coming from a state with high voter turnout, as I was elected treasurer of Manchester West High class of ‘92, a job I conducted with such brazen incompetence that our faculty adviser suggested — or rather insisted — I go into comedy," Meyers said in his message.

The “NH Votes Safe" announcements emphasize that residents can visit the secretary of state office website at sos.nh.gov to learn about getting an absentee ballot or register by mail. They also can visit their town or city clerk website. The messages note that residents who still plan to vote at the polls must wear masks and expect changes for social distancing and safety.

Other coronavirus-related developments in New Hampshire:

The New Hampshire Department of Education has published infographic cards showing five steps school and public health officials will take in the event of a positive COVID-19 test.

The department is providing copies of the card to all schools, and through social media and on its website.

New Hampshire is investigating after the New York State Amateur Hockey Association posted a letter online saying some of its players tested positive for COVID-19 after playing in non-sanctioned tournaments.

The letter dated Tuesday from the board of directors said the players who tested positive played in Exeter, New Hampshire, and in Connecticut.

“Any breach of public health guidance that puts individuals at risk will not be tolerated. End of story,” Sununu said.

The city of Manchester, New Hampshire, is replacing older school buses with 14 propane-fueled ones to help improve air quality.

Manchester Transit Authority Executive Director Mike Whitten said the city paid for the buses with more than $1.5 million from the state’s cut of a Volkswagen emission tampering settlement. He said that pool of money still has about $9 million available for electric school bus projects.

Jessica Wilcox of the Department of Environmental Services said recently that no one applied to use that money in the first round of grants.

As of Thursday, 6,921 people had tested positive for the virus in New Hampshire, an increase of 34 from the previous day. There were two new deaths, for a total of 422. The seven-day rolling average of daily new cases in New Hampshire decreased over the past two weeks from 34 cases per day on July 29 to 28 per day on Aug. 12.

For most people, the virus causes mild or moderate symptoms. For some, especially older adults and the infirm, it can cause more severe illness and can lead to death.