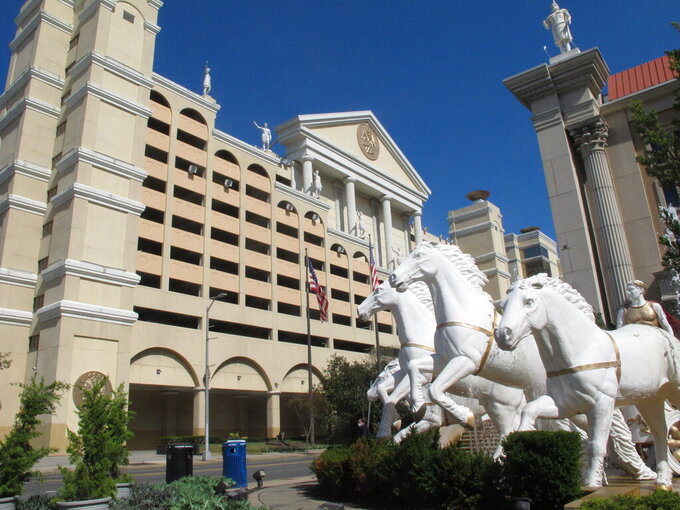 ATLANTIC CITY, N.J. (AP) — Caesars Entertainment named new leaders for two of its Atlantic City casinos as it strives to rebound from the coronavirus pandemic and its impact on business.

The company said Monday it has appointed Joe Lodise as senior vice president and general manager of Caesars casino, and Gregg Klein, who will hold the same title at Harrah's casino.

They replace Ron Baumann, who had overseen both properties.

Caesars, the nation's largest casino company, did not give a reason for the changes.

All the Atlantic City casinos, like casinos around the country, were closed for months last year as the first wave of the pandemic spread. When they reopened in early July, they were limited to operating at only 25% of capacity, a restriction that remains in place.

Lodise returns to Atlantic City after most recently serving as general manager for Caesars Entertainment’s Horseshoe Tunica casino in Mississippi. He previously worked at Caesars in Atlantic City.

Klein joined Eldorado Resorts in 2018 as vice president of operations, initially working with Isle Casino in Waterloo, Iowa and then Tropicana Atlantic City after Eldorado acquired Caesars Entertainment. His appointment still needs to be approved by New Jersey gambling regulators.