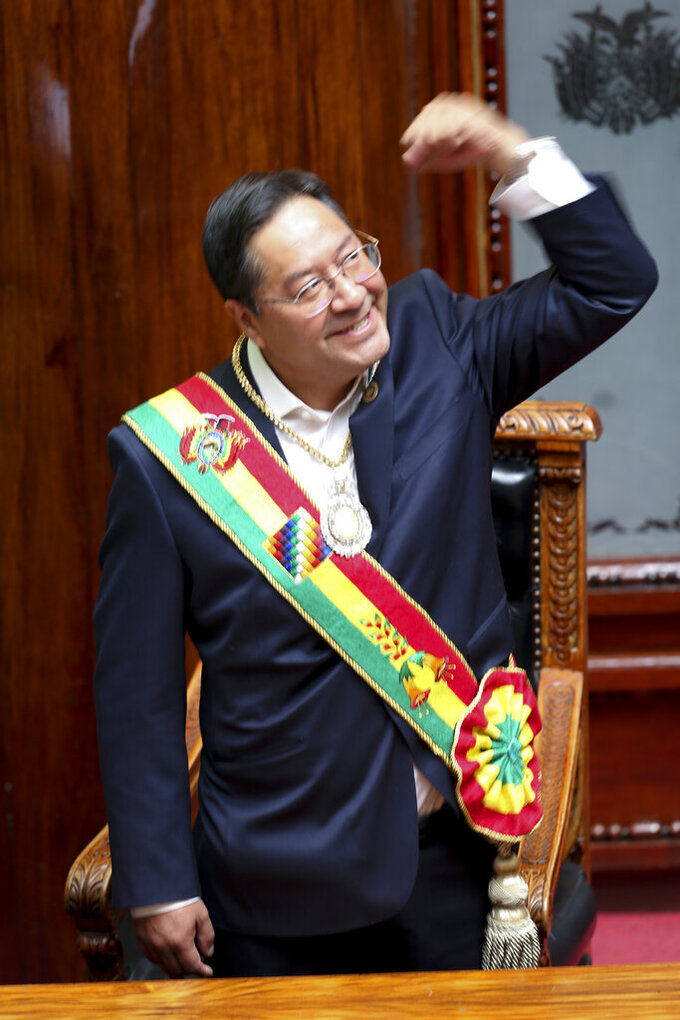 The former economy minister inherits a deeply polarized nation struggling with the coronavirus pandemic and the economic hardships it has caused — the worst economic slump in four decades — as well as sharp divisions over the 14 years in power of Morales, the country's first Indigenous leader.

Arce promised “to rectify what was bad and deepen what was good” as he took office following an election in which his Movement Toward Socialism party won 55% of the vote.

Arce, 57, is fondly remembered by many Bolivians for overseeing a boom time for Bolivia's economy as the country benefitted from rising global prices for its commodities and the leftist government's social policies helped reduce poverty.

He has promised to retake that state-led model to rebuild and stabilize the economy.

Morales wasn't permitted to run in the election a year after abandoning power, at the suggestion of military and police leaders, following a wave of deadly protests against his claimed reelection.

The interim government that followed tried to erase many of Morales' foreign and domestic policies and prosecutors brought charges against the former leader and several of his aides, accusing them of fomenting violent protests.

Since winning election, Arce has downplayed speculation of a major role in his administration for Morales, whose popularity was dented in his final years as president by a refusal to accept term limits and by perceived growing authoritarianism.

Anti-Morales groups have been protesting again in recent days, especially in the eastern economic center of Santa Cruz, challenging Arce's election as well.

“We await signals he will have a good government and respect the opposition,” Mesa said, though may opposition figures left the ceremony to protest government actions that will make it easier to pass its programs through the legislature.