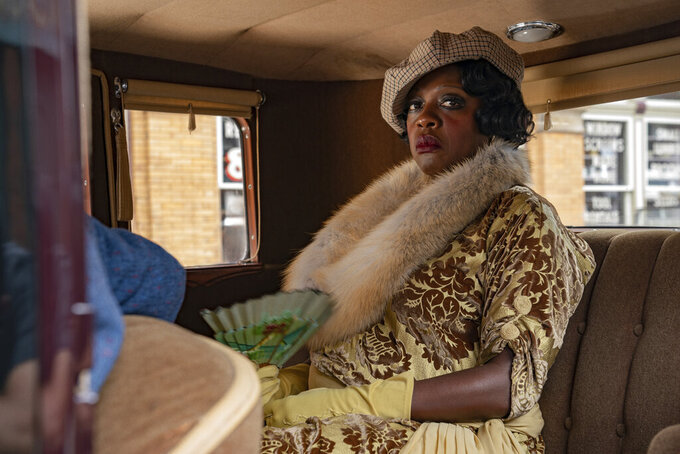 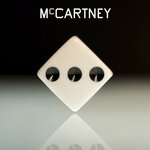 — “Ma Rainey’s Black Bottom” was always going to be an event picture, even on Netflix, where it will be available Friday. That’s what happens when you mix August Wilson, Viola Davis and George C. Wolfe. But that it also happens to be Chadwick Boseman’s final performance makes it the stuff of legend. Wilson’s 1982 play is set around a recording session in 1920s Chicago as a blues band awaits the arrival of Ma Rainey (Davis). Boseman is Levee the trumpeter. The AP's Jocelyn Noveck writes that “We should all count ourselves lucky to be able to witness this, his final and arguably finest performance.”

— Is a family still a family after nearly two decades apart on different continents? It’s the idea at the heart of “Farewell Amor,” an evocative mediation on relationships from filmmaker Ekwa Msangi about a man, Walter (Ntare Guma Mbaho Mwine), who left Angola in exile for the United States to make a new life for his wife and daughter. But the wait for visas stretched on for 17 years. We meet them as they reunite at JFK and attempt to make some sense of what they all mean to one another after such a long time. “Farewell Amor,” an IFC films release, is playing in select theaters and available to rent on VOD.

— Filmmaker Benh Zeitlin took his time after his 2012 film “Beasts of the Southern Wild” defied all expectations and earned a best picture nomination. You’d be forgiven, however, if you missed that his follow-up, “Wendy,” an Americana spin on the Peter Pan myth, came and went at the beginning of the year. It was essentially a casualty of Disney’s acquisition of Fox and was released without much fanfare. But it’s finally heading to HBO, where it debuts on Saturday. I wrote back in February that the film, told from Wendy’s point of view, failed to capture the same manic spark of “Beasts” and concluded that it had thus come up short. But “Wendy” has also stayed on my mind ever since, through the pandemic and the blurriness of new motherhood, and maybe more than any film this year is the one I’m most eager to revisit.

— Paul McCartney will release the final album in a trilogy of classics on Friday. “McCartney III” comes 40 years after 1980’s “McCartney II” and 50 years after “McCartney,” his solo debut released in 1970. The new album features the former Beatle playing all the instruments on the 11-track set. McCartney didn’t originally plan to release an album this year but being stuck at home during the pandemic allowed him time to record in his home studio and produce a full-length album.

— Director George C. Wolfe said that when he signed on to direct “Ma Rainey’s Black Bottom,” he instantly knew he wanted to work with Branford Marsalis. The Grammy-winning composer and saxophonist was happy to jump on board and worked on the soundtrack’s 24 tracks, including “El Train,” released last month.

— If a complete break with holiday spirit is what you’re after, consider the Netflix docuseries “The Ripper,” out Wednesday. It recounts the terror a serial killer dubbed the Yorkshire Ripper visited on that English county between 1975 and 1980. The original Jack the Ripper, whose crimes against women occurred in 1880s London, remains unidentified. The 20th-century version, Peter Sutcliffe, was caught, convicted of 13 murders and seven attempted murders and died in prison last month of ill health while serving a life sentence. Investigators and witnesses help tell the story.

— Rachel Griffiths (“Six Feet Under”) is co-creator of the Australian political drama “Total Control” and has the juicy part of an embattled prime minister, but the star is Deborah Mailman (“Jack Irish”). Mailman plays Alex, an Indigenous woman who confronts a gunman and becomes a national hero, one with potential value to the prime minister facing infighting and opposition attacks. Does the political system or the marginalized woman of color prevail? Watch the six-part series, an award winner in its home country, to find out. It debuts Thursday on the Sundance Now streaming service.

— CBS’ “A Home for the Holidays” is a seasonal special with heart and an extraordinary two-decade track record: Its spotlight on children in foster care has inspired thousands of adoptions, according to the network. Gayle King hosts the 22nd annual edition that relates the stories of adoptive families and their new children, with three on-air adoptions to be featured. More love is needed: 400,00-plus children are in foster care in America. Singers featured in Sunday’s hourlong special (9 p.m. PST; 9:30 p.m. EST) are Josh Groban, Miranda Lambert, Meghan Trainor, Leslie Odom Jr. and Andrea Bocelli.