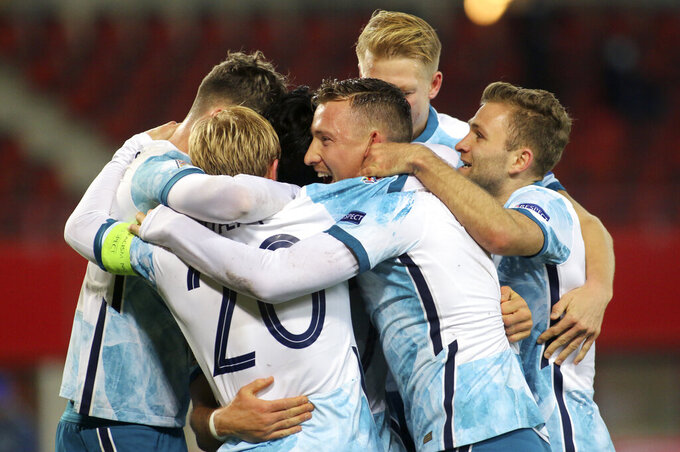 NYON, Switzerland (AP) — The first Nations League game canceled because of COVID-19 cases was forfeited as a 3-0 loss for Norway on Wednesday when UEFA decided the Norwegian soccer federation was to blame for not sending a team to Romania.

Public health officials in Norway ordered the players to quarantine and not fly to Bucharest for Sunday’s game after defender Omar Elabdellaoui tested positive for COVID-19.

The Norwegian soccer body said this past weekend it could not defy the government decision.

The case went directly to UEFA’s appeals committee for an urgent verdict on Wednesday, hours before Norway’s replacement players were set to play a decisive game against group leader Austria.

Norway gave up a stoppage-time goal in a 1-1 draw that ended its chance of topping the group and winning promotion to the Nations League top tier.

It was the first Nations League cancellation since the current edition of 162 scheduled group-stage games started in September during the coronavirus pandemic.

A second UEFA verdict is due within days. Ukraine was unable to play host Switzerland on Tuesday because the squad was quarantined by public health officials after several COVID-19 infections in the squad.

Ukraine also risks a forfeit 3-0 loss for failing to ensure replacement players were available. The squad had been hit with virus cases before arriving in Switzerland.