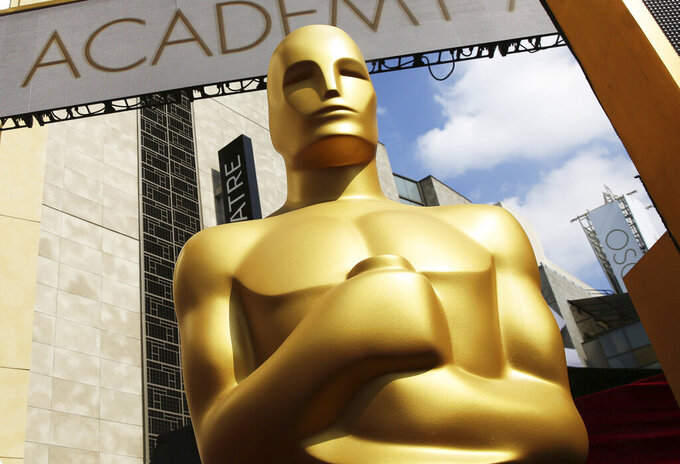 Planning is already underway for the 94th Oscars, which will be held on March 27, 2022, the film academy and ABC said Thursday.

After a year of disruption, innovation and catastrophically low ratings, the Academy Awards are getting back to business as usual. The show will return to the Dolby Theatre for its ABC broadcast and the eligibility window will once again close at the end of the calendar year.

This past year, the academy extended the eligibility window into February and canceled non-televised events like the Governors Awards and the Nominees Luncheon because of the pandemic. All those trimmings are now back on the schedule, with the Governors Awards set for Jan. 15 and the luncheon to be held on March 7. Nominations will be announced on Feb. 8.

The academy said, however, that dates remain subject to change. The organization is also acknowledging that the movie business is still being impacted by the pandemic and are extending the streaming eligibility caveat they adopted last year into the 2021 awards season. That means that films don’t necessarily have to have a theatrical run to qualify and can debut on streaming or video on demand services.

The end of March broadcast date is much later than usual for Hollywood’s biggest awards show. Originally the 94th edition was set to air on Feb. 27, but that month is also crowded with major live events, including the 2022 Olympics and the Super Bowl.

The audience for the 93rd Oscars, which were held at Los Angeles’ Union Station in late April, was less than half of its previous low, with only 9.85 million viewers tuning in to watch “Nomadland” win best picture. It was par for the course for a pandemic awards show: Both the Golden Globes (6.9 million viewers) and Grammy Awards (9.2 million) had record low audiences as well.

And next year will be different without the Golden Globes, which generally air in early January, stealing some of the Oscars thunder. NBC said earlier this year that it would not air the Golden Globes in 2022 amid controversies and calls for reform within the Hollywood Foreign Press Association, the organization that puts it on.