Q&A: Michael B. Jordan on protest, power & 'Without Remorse' 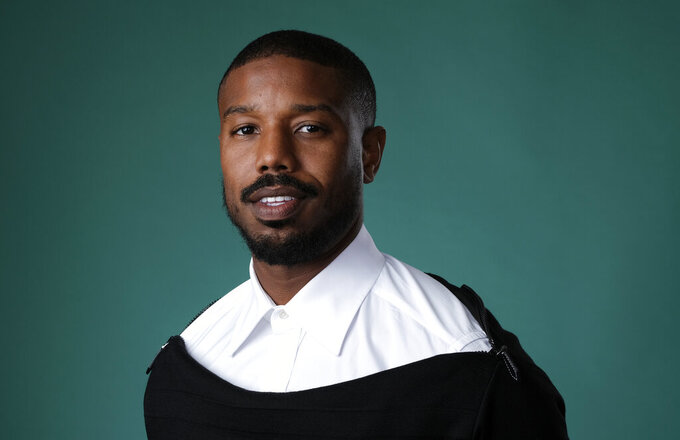 FILE - Actor and producer Michael B. Jordan poses for a portrait during the 2019 Television Critics Association Summer Press Tour in Beverly Hills, Calif., on July, 26, 2019. Jordan stars in the new film "Tom Clancy's Without Remorse." (Photo by Chris Pizzello/Invision/AP, File)

NEW YORK (AP) — Michael B. Jordan's power on screen has taken many forms. His heavyweight force in “Creed.” His capacity to inspire change as Bryan Stevenson in “Just Mercy.” His raw fury in “Black Panther.”

But Jordan's potency reaches new, muscular heights in “Without Remorse” a Tom Clancy adaptation that recasts Jordan as a globe-trotting action star. The film (which debuts Friday on Amazon Prime Video) is an updated origin story of Navy SEAL John Clark, Clancy's best-known character outside of Jack Ryan. Jordan is hoping it spawns a franchise.

The project has been around Hollywood for decades; Keanu Reeves and Tom Hardy are among those who have previously flirted with it. But Jordan saw the possibility to not only do a big-budget action thriller and perform a lot of his own stunts, but to retailor the film to today. He's a producer on the film via his company, Outlier Society Productions, a leading force in making Hollywood more inclusive.

Jordan spent much of the past year quarantined with his family and friends, a time he says has that has been reflective.

“The last few years I’ve been blessed to have a kind of non-stop career," says Jordan, speaking by phone from Los Angeles. “I kind of had a moment to look at myself and family, spend time with my nephew — things that I probably wouldn’t have had as much time to do if I was running from one production to another.”

But after the pandemic put a slight pause on one of the movies' biggest stars, Jordan is eager to embark on a new chapter. He recently filmed Denzel Washington's “A Journal for Jordan.” He's prepping his directorial debut with “Creed III.”

The 34-year-old spoke with The Associated Press the day after the verdict in the Derek Chauvin trial. Remarks have been edited for brevity and clarity.

AP: Last summer at protests following the death of George Floyd, you challenged Hollywood to commit to Black hiring. Have you seen any progress?

Jordan: From the projects that I’ve been involved with, I’ve seen a response to that. I’m not in the weeds with every production across Hollywood but I think there was a significant or meaningful response from the industry on certain levels to be held accountable. But there’s a lot of work to be done. We’re not content with things we have or things that we see at the moment.

AP: Has anything about the past year changed your priorities?

Jordan: I went through a rollercoaster of emotions. The pandemic, the protests, this steady increase of police brutality and murders — it’s been tough, man. You have a moment where things went our way yesterday and then hours later, you have another one. This past year has seen so much of that. Recharging my batteries was something that I didn’t know I needed as much as I did. After taking that break, I feel more energized and prepared for the work to come — and that’s in all areas. When it comes to being present for my community, my culture, for my business; in front of the camera, behind the camera; in the streets, in my home. It’s given me an opportunity to be a better version of myself moving forward. I’m motivated. I’m recharged. I’m ready for all tasks at hand.

AP: In “Fruitvale Station,” playing Oscar Grant, you acted out a version of a scene that keeps replaying.

Jordan: When you’re Black and brown, it’s something that can become a reality any day. Yeah, I had an opportunity to shine a light on a story, on a young man who had his life taken away from him by the hands of law enforcement. When we shot that movie, I guess it wasn’t being seen as much as it is right now. The volume of what’s been reported has increased, it’s more a part of the popular conversation. But it’s a lot. I think solidarity amongst our community and culture is at the highest point that I’ve experienced. It’s driving us closer together. And people unified is a powerful thing.

AP: Do you ever find it difficult to balance any responsibility you feel and your own interests? Do you sometimes just want to make a movie without worrying about larger issues?

Jordan: I just made one! “Without Remorse” and “Journal for Jordan.” I like all types of movies. From action thrillers to movies with a purpose. I got “Creed” coming up. I’ve been blessed to have a healthy balance. It allows me to have that comfortable balance between entertainment and activism. That’s life, right? Trying to find a balance. You have moments in your life where you’ve got to do things for yourself, you’ve got to do things that feed your soul. And you’ve got to do things that feed your community, so you know the person looking at you in the morning in the mirror. If you can find a way to balance all those things and be successful and leave an impact — and leave the world a better place. I think making people think is the power of cinema.

AP: "Without Remorse" had been in development hell for years. What drew you to it?

Jordan: I’m a gamer. I love playing videogames. I grew up playing (Tom Clancy adaptations) “Rainbow Six” and “Ghost Recon” before I even got introduced to the films. Man, I got an opportunity to play a character I used to envision myself playing, that I spent hours upon hours (laughs) in my room playing. Being able to step into the Tom Clancy universe and do an action movie where I do my own stunts. I was a kid in the candy store.

AP: You've talked about injecting yourself into a role like a Trojan horse. Was there anything especially that you wanted to bring to “Without Remorse”?

Jordan: It was a great collaboration between the studio, the producers, the director to create an origin story. It was cool to see a character that just is. There’s no extra “This character is Black because of this and that.” It’s a movie about a guy, know what I mean?

AP: Like another upcoming film of yours, a new “Thomas Crown Affair,” your character wasn't originally written as Black and had previously been played by white actors (Willem Dafoe and Liev Schreiber). Do you give any significance to that?

Jordan: There’s a business behind this, as well. A lot of people don’t understand the nuances of how movies get made — what (intellectual property) is at what studio, what IP is available, the value of a reboot versus doing something without that title. There’s a lot of different factors to consider when you remake a movie or you do a movie. People would be surprised that race is very low on the totem pole when it comes to making some of those decisions. A lot of people speculate on these movie choices but what I pay attention to is: I really like the movie. The character’s interesting. It’s entertaining and I’m going to have fun making it. And representation is important. Somebody like myself playing a character like that in a world like that is also very progressive and entertaining. It’s a nuanced decision to develop movies like that. Sometimes it’s not that simple. Other times, it’s not that complicated, either.