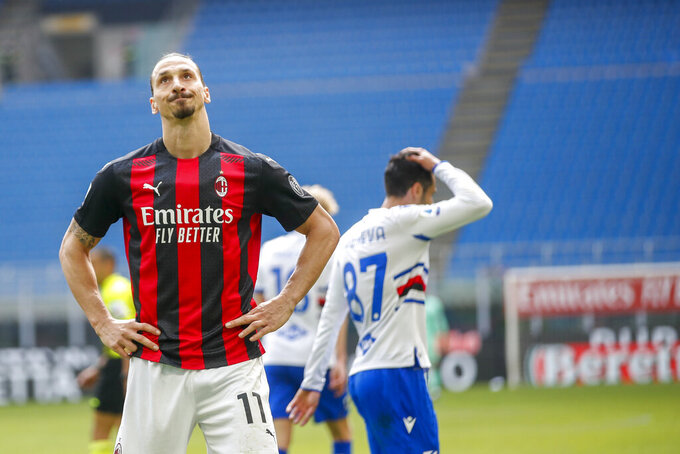 NYON, Switzerland (AP) — Red Star Belgrade was punished by UEFA on Wednesday for racial abuse aimed toward Zlatan Ibrahimović when the club hosted AC Milan in a Europa League game meant to be played without fans in the stadium.

Ibrahimović was sitting in the stands as a substitute for his Italian team during a Europa League round of 32 game in Belgrade in February.

Footage published online detailed insults shouted at Ibrahimović targeting his Balkan family roots. He was born in Sweden to parents from Bosnia-Herzegovina and Croatia.

Red Star must play its next European competition home game in an empty stadium. The Serbian league leader is likely to serve the ban in July when the Champions League first qualifying round is played.

UEFA deferred a second stadium ban for a one-year probation period and also fined the club 25,000 euros ($30,000) for “transmitting a provocative message of an offensive nature.”

It was unclear exactly who shouted the abuse at Ibrahimović. Red Star officials and guests were in the main stand though no tickets should have been sold to fans.