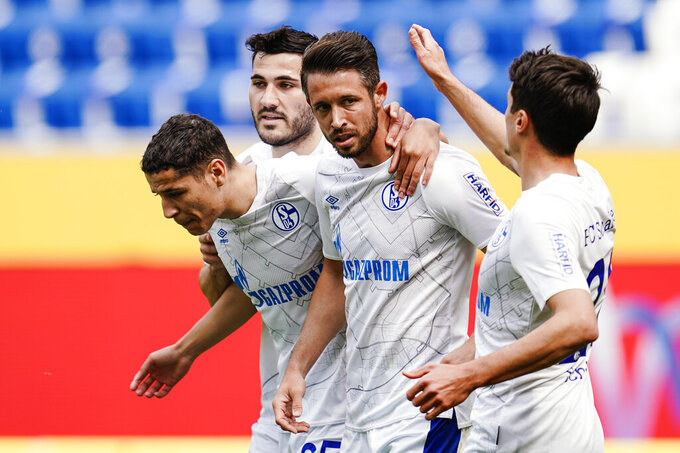 GELSENKIRCHEN, Germany (AP) — German soccer club Schalke says a second player with the coronavirus won't stop it playing Hertha Berlin on Wednesday in a game with consequences for the Bundesliga relegation battle.

Schalke said on Tuesday both infections to date involved players, who haven't been named.

The team canceled Monday training after the first case came to light and commissioned new virus tests which detected the second case. The club said both players are in isolation at home and aren't displaying symptoms.

Schalke is already relegated but its last three games of the season are against teams with much still to play for. A win on Wednesday for Hertha would be a major boost to the Berlin club's hopes of avoiding relegation. That game has already been postponed once over virus cases at Hertha last month.

On Saturday, Schalke hosts Eintracht Frankfurt, which is chasing one of the four qualifying spots for the Champions League.

On May 22, Schalke visits another team in the relegation zone, Cologne.