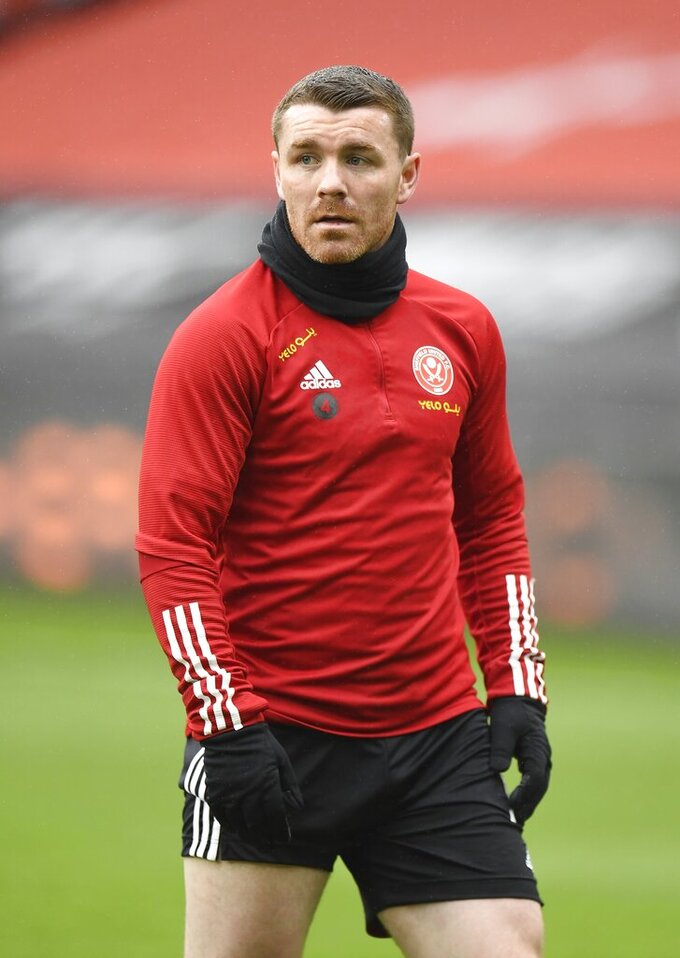 GLASGOW, Scotland (AP) — The Scotland team reported its first player testing positive for COVID-19 on Tuesday at a training camp in Spain ahead of the European Championship.

The national federation said midfielder John Fleck is self-isolating and will not travel to Portugal for a warm-up game Wednesday against the Netherlands.

“The rest of the squad was retested for COVID-19 and returned negative results,” the federation said.

UEFA allowed the 24 national teams at Euro 2020 to have three extra players in a 26-man squad to help cover for COVID-19 cases and mandatory isolation or quarantine.

Fleck, who plays for Sheffield United, was unlikely to be in the starting lineup when Scotland opens on June 14 against the Czech Republic in Glasgow.

Scotland is preparing for its first finals tournament since the 1998 World Cup and will have two home games at Hampden Park against the Czechs and Croatia. The Scots’ other Group D game is against rival England at Wembley Stadium.

Rules to control the pandemic in Scotland saw the Czech and Croatian federations cancel their training bases on Monday in Edinburgh and St. Andrews, respectively.

Both teams will now train in their home countries and fly to Britain for games.

Euro 2020 kicks off June 11 when Italy hosts Turkey in Rome.