Siebatcheu scores to lift US over Honduras in Nations League 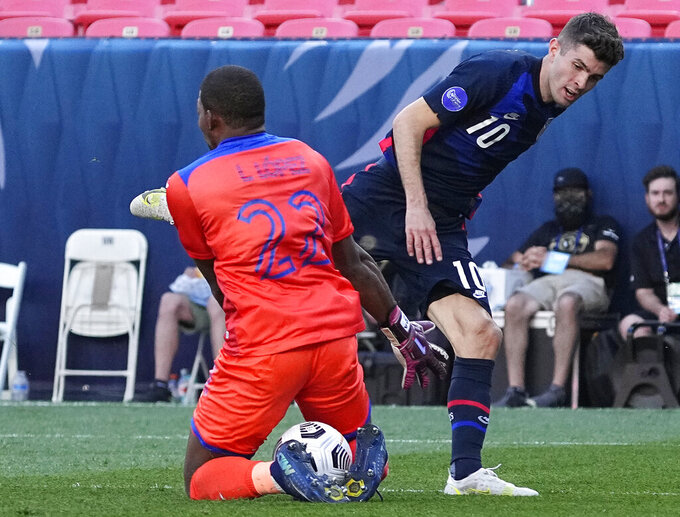 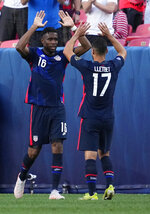 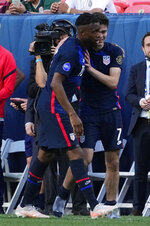 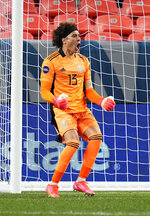 DENVER (AP) — Honduras held the United States even for nearly an entire match, giving most of the young Americans their first flavor of the even harsher rough-and-tumble that awaits in World Cup qualifying.

Shortly before the game would have gone to penalty kicks, Jordan Siebatcheu scored his first international goal in the 89th minute, and the U.S. beat Honduras 1-0 on Thursday night to reach the final of the first CONCACAF Nations League.

John Brooks lofted a pass to Weston McKennie, who cushioned a one-hop headed pass ahead of Siebatcheu’s path. The 25-year-old forward, who made his international debut in March, leaned in front of Óscar Boniek García and leaped forward to nod the ball past goalkeeper Edrick Menjívar.

“For many of the guys and then myself, as well, for it being our first experience, a real taste of what CONCACAF is going to be like, I think we handled it pretty well. We could have easily lost our head,” McKennie said.

The 20th-ranked U.S. will play the championship match of the inaugural CONCACAF Nations League on Sunday against No. 11 Mexico, the last time the full American player pool will gather before their pandemic-delayed World Cup qualifying opener on Sept. 2.

“This is what it's going to be like in qualifying,” said 28-year-old midfielder Sebastian Lletget, one of the few holdovers from the previous World Cup cycle. “You see the time-wasting, the stuff that honestly the camera doesn't catch. ... European teams, it's just a different way of playing, a different approach.”

After losing an exhibition Sunday 2-1 at Switzerland, the U.S. traveled eight time zones to mimic what Europe-based players facer in the grueling, compacted World Cup qualifying schedule. The Americans had not played a competitive match since November 2019.

“This game is exactly what we needed,” U.S. coach Gregg Berhalter said. “When you think about the level of competition, the competitiveness of the game, the guys — some of these guys, have never seen that before. So we’re really happy with how they dealt with it. I think the mental side of it to just keep grinding and wearing them down was really important.”

Siebatcheu was born in Washington, D.C., grew up in France and was eligible to play for both those nations and Cameroon. He made his competitive debut as a 78th minute substitute, part of a new-look American team trying to recover from the failure to qualify for the 2018 World Cup. He is now tied to the U.S. team.

“We know he’s a force on crosses,” Berhalter said. “We know he’s battles in the penalty box, good physicality. And he gave us the edge that we needed.”

Despite the lack of age, the U.S. started its most-accomplished lineup ever. Five starters — goalkeeper Zack Steffen, right back Sergiño Dest and midfielders Christian Pulisic, Gio Reyna and McKennie — combined this season for 33 European Champions League appearances. Pulisic made 10 for Chelsea, becoming the first American national team player to appear and win the final. Reyna made eight for Borussia Dortmund, Dest seven for Barcelona, McKennie seven for Juventus and Steffen one as the No. 2 keeper for Manchester City.

Pulisic was marked tightly and had relatively few touches on a night when the U.S. created few chances. Berhalter thought Honduras forced his team to play centrally at at times in the second half lose its shape.

Alberth Elis headed the ball across an open goal mouth in the 27th minute after Steffen came off his line and failed to intercept a free kick, and Josh Sargent beat Lozano to head the ball away as they both crashed into the net.

Steffen made a sliding block in the 51st minute when Lozano broke in alone.

“It was a little bit nerve-wracking,” Reyna, the 18-year-old son of former American captain Claudio Reyna, said after making his competitive debut. “It was really important. It was the first, tough really official competitive game we’ve had.”