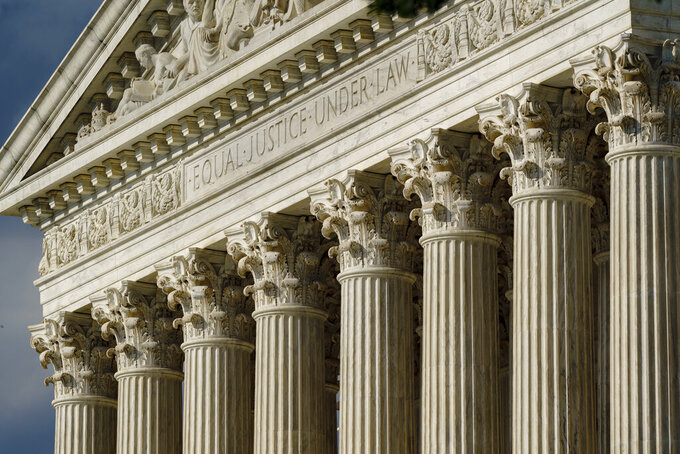 WASHINGTON (AP) — The Supreme Court ruled Friday that hundreds of millions of dollars in coronavirus relief money tied up in court should benefit Alaska Natives rather than be spread more broadly among Native American tribes around the U.S.

The justices ruled 6-3 in the case, which involved the massive pandemic relief package passed last year and signed into law by then-President Donald Trump. The $2.2 trillion legislation earmarked $8 billion for “Tribal governments” to cover expenses related to the pandemic.

The question for the court was whether Alaska Native corporations, which are for-profit companies that provide benefits and social services to more than 100,000 Alaska Natives, count as “Indian tribes.” The high court answered yes.

“The Court today affirms what the Federal Government has maintained for almost half a century: ANCs are Indian tribes,” wrote Justice Sonia Sotomayor for a group of both liberal and conservative members of the court.

Sotomayor and Justice Neil Gorsuch, who dissented, dueled over language in the CARES Act, with Sotomayor at one point comparing it to a poorly constructed restaurant advertisement.

If the restaurant offers “50% off any meat, vegetable, or seafood dish, including ceviche, which is cooked,” the best reading of the advertisement, she said, is that “cooked” doesn’t apply to the ceviche, a raw fish dish, but that ceviche is still 50% off. A different reading would make the ceviche a “red herring,” she went on to say.

Gorsuch, who at an argument once revealed his preference for turmeric in his steak rub, called the example “a bit underdone." He went on to cite two different newspaper stories about ceviche. He was joined in his dissent by justices Clarence Thomas and Elena Kagan.

The case is important not only because of the amount of money it involves but also because Native Americans and Alaska Natives have been disproportionately affected by the pandemic. Both the Trump and Biden administrations agreed that the corporations should be treated as Indian tribes and that doing differently would be a dramatic departure from the status quo.

The federal government had set aside approximately $500 million for Alaska Native corporations under the Coronavirus Aid, Relief, and Economic Security Act.

In a statement after the ruling, Navajo Nation President Jonathan Nez said the coalition of tribes that brought the lawsuit was disappointed.

Part of the issue for the Supreme Court was that Alaska is unique. Unlike in the lower 48 states, Alaska Native tribes aren’t situated on reservations. Instead, Native land is owned by Alaska Native corporations created under a 1971 law. The for-profit corporations run oil, gas, mining and other enterprises. Alaska Natives own shares in the corporations, which provide a range of services from healthcare and elder care to educational support and housing assistance.

"We are pleased to see the Court affirm Alaska Native corporations’ eligibility for CARES Act funds to help our people and communities recover from the devastating effects of COVID-19. Alaska’s economy is only now starting to recover, and these funds are needed to help our communities get back on their feet," the associations said.