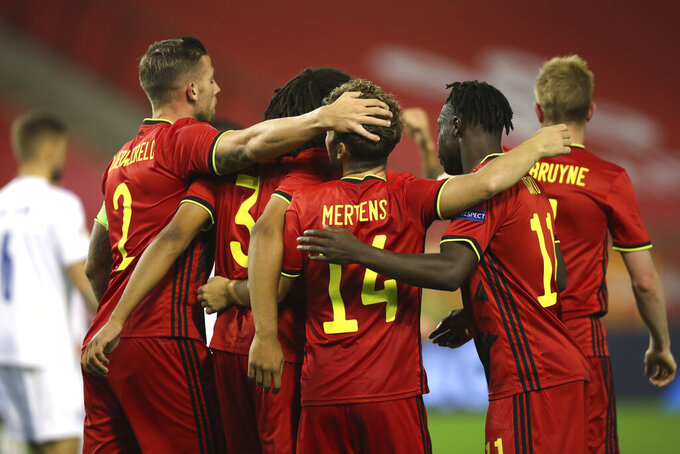 BRUSSELS (AP) — UEFA has rejected a proposal from Belgium to allow fans back into the King Baudouin stadium as early as next month for a friendly match against Ivory Coast, the Belgian soccer federation said on Tuesday.

After setting up a protocol in cooperation with Brussels authorities, the federation had hoped to allow some 11,000 supporters back while respecting COVID-19 social distancing measures.

“Unfortunately, UEFA considers that the Red Devils' next match against Ivory Coast on Oct. 8 is premature to apply this protocol," the federation said. “The match will therefore be played in an empty stadium. But everything is now ready."

Federation head Peter Bossaert said UEFA's decision is not limited to Belgium and is implemented at European level.

“Hopefully we can have an audience in November for our three home games," he said. “We are ready."

Belgium will play a friendly game at home against Switzerland in November before hosting England and Denmark in the Nations League.