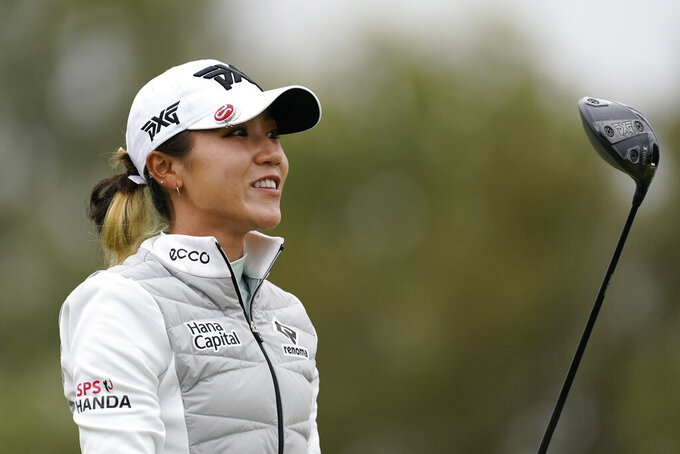 Uihlein worked hard to return his swing back to where it needed to be and the results were encouraging. He won on the Korn Ferry Tour two weeks ago in Las Vegas, and then last week he teamed with Richy Werenski to finish third in the Zurich Classic of New Orleans.

Now for the hard part: where to play.

With his victory in Las Vegas, Uihlein moved into the top 25 on the Korn Ferry Tour points list. The top 25 earn full PGA Tour cards for next season. But his third-place finish in New Orleans moved him up 44 spots to No. 148 in the FedEx Cup on the PGA Tour.

Uihlein chose the Valspar Championship this week over a Korn Ferry Tour event in Alabama. Is it best to stay on the Korn Ferry Tour and try to sew up a spot in the top 25? Or should he take his game to the PGA Tour where more good play — perhaps even a victory — could get him into the postseason?

“It’s a good question. Honestly, I don’t have the answer to it,” Uihlein said Tuesday. “I’m in limbo. But it’s a good limbo.”

He said his intentions going into the Zurich Classic were to play the following two weeks on the Korn Ferry Tour. But the third-place finish changed his perspective. Uihlein should be able to get into the AT&T Byron Nelson in two weeks. And then a week after the PGA Championship, he is exempt into the Charles Schwab Challenge based on a top 15 at Colonial last year.

He plans to play in Nashville, Tennessee, on the Korn Ferry Tour next week unless he gets into the PGA Tour event at Quail Hollow through a top-10 finish. Otherwise, he plans to go to the two Texas events on the PGA Tour and then reassess.

The Korn Ferry Tour also has an event opposite the PGA Championship, but that sounds like a good week to take a break.

After Colonial, there will be 12 events on the Korn Ferry Tour schedule.

Decisions aside, Uihlein is happy to have his swing in order. He says it got too steep, and it took time to get it back to where it was. He is swinging better, meaning he is driving the ball better, and that leads to better scoring. It sounds simple, even if it was anything but that.

“It’s a tough process when you get so extreme, that even getting back to neutral feels extreme the other way,” he said.

The PGA Tour is extending its coronavirus testing operation through the end of the season.

The tour had said in a memo to players last week that they would not have to be tested if they are vaccinated, and that those who aren’t would have to pay for their own tests. The target date to end the tour-funded testing program was loosely set for the end of June.

PGA Tour Commissioner Jay Monahan was to inform players this week the plan was being pushed back until after the season-ending Tour Championship ends on Sept. 5, according to two people informed of the decision. They spoke to The Associated Press condition of anonymity because it has not been announced.

The tour strongly encouraged players to get vaccinated, stopping short of saying it would require vaccination as a condition of competition.

Former Masters champion Charl Schwartzel has taken one vaccine shot and said he did it for ease of travel, especially when he wants to go home to South Africa. But he expressed skepticism about the tour plan, conceding testing was costing the tour plenty of money.

Michael Visacki has spent nearly a decade trying to play in a PGA Tour event. That much was clear when he holed a 20-foot putt on the second playoff hole to Monday qualify for the Valspar Championship.

The video of that moment included Visacki being in tears as he shared the news with his father.

“Pops was emotional, never seen him cry so much,” Visacki said. “We’re not very much of a crying family, but this is the first time in a long time I think that we all cried because we knew how much work and effort, blood, sweat, tears, has gone into me trying to make it. And to finally be able to do it, it’s a dream come true.”

Visacki, 27, plays between 30 and 45 mini-tour events each year just to keep the dream alive. He has tried a half-dozen times to Monday qualify for the PGA Tour, and he made it into a Korn Ferry Tour event. He also narrowly missed out on Korn Ferry Tour status one year when he lost a ball in a tree on the 71st hole and missed by one shot.

“I know I have the game to compete out here and I never once thought about quitting,” he said.

PGA Tour Canada players now have a place to compete this summer, even if it’s not in Canada. The PGA Tour has announced the creation of the Forme Tour, which will conduct eight 72-hole tournaments in the United States between June and September.

What formerly was the Mackenzie Tour last held an official event on Sept. 15, 2019. The Canadian circuit had three of its seven Q-school series before the pandemic shut down golf, and restrictions and other COVID-related issues at the U.S.-Canadian Tour have kept any tournaments from being held.

The top five points earners from the Forme Tour this summer will earn Korn Ferry Tour membership for next season, along with earning world ranking points.

Auburn University Club in Alabama and the TPC River’s Bend in Cincinnati, Ohio, already have agreed to host tournaments. The other six sites and tournament dates will be announced later this spring.

Gary Player didn’t get all the details right in his recent WFAN interview with Ann Liguori. Then again, he was recalling a three-week stretch from 43 years ago, and even with some of the numbers off, it was no less remarkable.

Perhaps even more remarkable? He never won again on the PGA Tour.

Players on the developmental tour in South Korea will start getting women’s world ranking points this week. Officials have decided to include the Korea LPGA’s Dream Tour, making it the fourth developmental tour that awards ranking points. ... Cameron Smith now has three official PGA Tour victories, all of them decided in a playoff. The most recent was the Zurich Classic of New Orleans with Marc Leishman as his partner. ... The PGA Tour Latinoamerica is adjusting its schedule to cope with pandemic-related restrictions in South America. The season now will conclude with a three-event swing in Florida, Colombia and Ecuador. The top five earn on the money list earn Korn Ferry Tour cards.

Of the seven North Americans among the top 20 in the women's world ranking, Danielle Kang is the only one playing the HSBC Women's World Championship in Singapore this week. It's the first LPGA Tour event in Asia since the return from the COVID-19 pandemic.

“The best way to explain it is like going to a sauna, but you don’t have to pay.” — Lydia Ko, on playing in the heat and humidity of Singapore.