US allows Americans with expired passports to return home 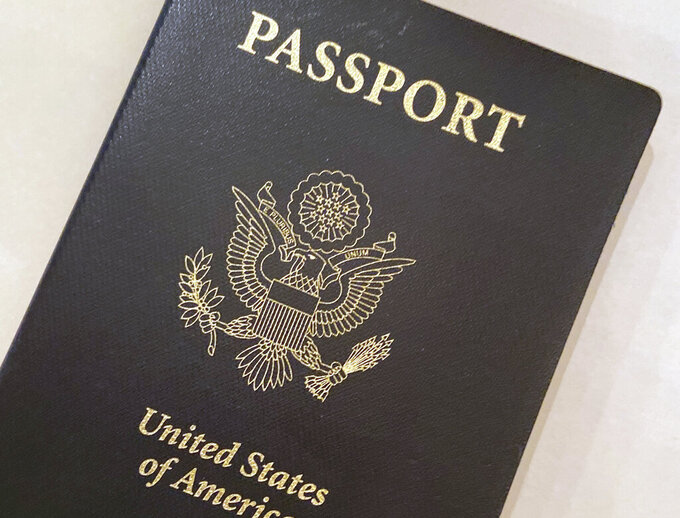 This May 25, 2021 photo shows a U.S. Passport cover in Washington. The Biden administration says American citizens holding recently expired U.S. passports will be allowed to return home from abroad on that document until the end of year. (AP Photo/Eileen Putman)

WASHINGTON (AP) — The Biden administration says many American citizens holding recently expired U.S. passports will be allowed to return home from abroad on that document until the end of year.

Citing delays in passport renewals caused by the coronavirus pandemic, the State Department said certain passports that expired on or after Jan. 1, 2020, will be honored for reentry into the United States until Dec. 31, 2021. That’s because the pandemic forced the department and most embassies and consulates to close down or significantly reduce passport services.

“U.S. Customs and Border Protection officers will accept for admission certain expired U.S. passports, thereby assisting U.S. citizens who have been affected by appointment backlogs at embassies and consulates overseas caused by the COVID-19 pandemic,” the department said in a notice issued late Monday.

The closures resulted in waiting times of more than two months in some cases for processing passport renewals, and a significant backlog of applications remains. The department cautioned, though, that recently expired passports aren't valid for international travel from the United States or for travel between third countries that is not directly linked to return travel to the U.S.

It added that not all expired passports will be eligible for the waiver and urged Americans to check their status online at https://travel.state.gov/content/travel/en/traveladvisories/ea/covid-19-information.html before finalizing travel arrangements.

Among the requirements are that the expired passport was originally valid for 10 years, that the passport has not been damaged or altered, and that the traveler has physical possession of it.

This story was first published on May 25, 2021. It was updated on May 26, 2021, to correct the earliest passport expiration date that the State Department will honor for reentry into the United States. Americans whose passports expired on or after Jan. 1, 2020 — not Jan 1, 2021 — can use the document to return to the United States until Dec. 31, 2021.