Zion is latest national park to close amid virus spread 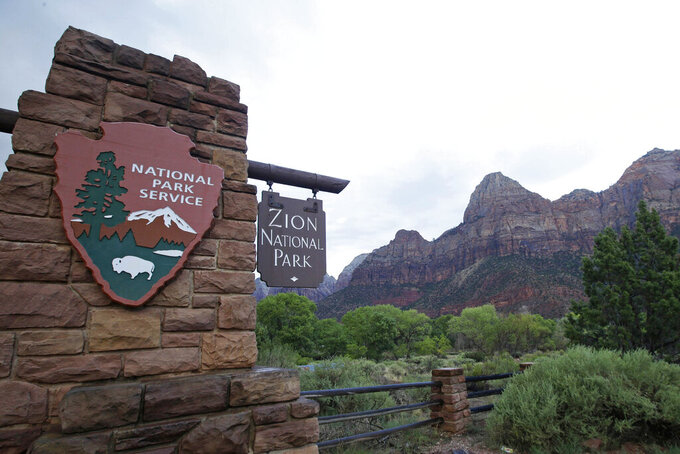 FILE - This Sept. 15, 2015, file photo, shows Zion National Park near Springdale, Utah. Zion National Park announced Monday, Marc h 23, 2020, it is closing its campgrounds and part of a popular trail called Angel's Landing that is often crowded with people. The top part of the hike that is being closed is bordered by steep drops and ascends some 1,500 feet (457 meters) above the southern Utah park's red-rock cliffs, offering sweeping views.(AP Photo/Rick Bowmer, File) 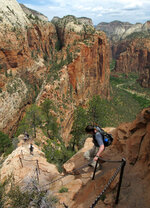 SALT LAKE CITY (AP) — The red rock vistas at Zion National Park were closed to the public Friday as the Utah site became the latest national park to lock its gates to prevent the spread of the coronavirus.

Local leaders had called for the closure, and Gov. Gary Herbert said he consulted with the Interior Department to make the decision.

“Those in the park have the rest of day to gather their belongings and leave,” Herbert said. “The next two weeks are very critical, so we’re taking a more aggressive stance."

The park had already closed its shuttle, campgrounds and part of a popular hiking trail to discourage crowds. But the mayor of the gateway community of Springdale and others called for complete closure.

Zion National Park Superintendent Jeff Bradybaugh said in a statement that visitors kept coming from all over the country at numbers that made it difficult to maintain social distancing. Two roads that go through the park will remain open for local residents only with stopping at pull-offs prohibited, he said.

Utah and Arizona were also working with the federal government to shut down the boat ramps at Lake Powell, Herbert said.

The Zion closure came two days after Grand Canyon National Park was closed amid local pressure. The two parks joined a growing list of the country’s most popular national parks that have closed, including Yellowstone, Grand Teton, Great Smoky Mountains, Glacier, Arches and Canyonlands. Some of those calls were made at the request of governors and health officials in those states.

More than two weeks ago, Interior Secretary David Bernhardt announced he would waive entrance fees to give people outdoor spaces to recreate, while authorizing park superintendents to make their own decisions about what was needed to adhere to recommendations form the U.S. Centers for Disease Control and Prevention.

The National Parks Conservation Association, a nonprofit group that advocates on park policy issues, said it had been “beyond reckless” for the administration to keep Grand Canyon and Zion open