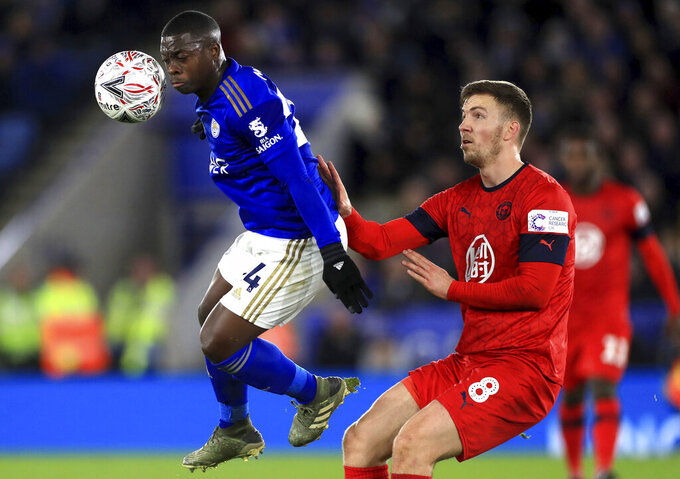 WIGAN, England (AP) — Wigan, the 2013 FA Cup winner now in the second division, entered bankruptcy protection on Wednesday due to the financial impact of the coronavirus pandemic and lack of funding from the Hong Kong-based consortium that took over a month ago.

“From what we can see, the change of ownership just decided they didn’t want to fund it any more,” said Paul Stanley, one of the administrators from business recovery company, Begbies Traynor.

The northwest England club is 14th in the League Championship with six games remaining of the season that restarted, without fans being allowed into matches, after a three-month break because of the pandemic.

“Our immediate objectives are to ensure the club completes all its fixtures this season and to urgently find interested parties to save Wigan Athletic FC and the jobs of the people who work for the club," Begbies Traynor said in a statement. “Obviously the suspension of the Championship season due to COVID-19 has had a significant impact on the recent fortunes of the club.

“Wigan Athletic has been a focal point and source of pride for the town since 1932 and anyone who is interested in buying this historic sporting institution should contact the joint administrators directly.”

The club was relegated from the Premier League in 2013 — the same year it shocked Manchester City in the FA Cup final.

Wigan dropped down into third-tier League One in 2015 but made an immediate return to the Championship. The club reported losses of 9.2 million pounds ($11 million) last year.

The club was sold by local businessman Dave Whelan to the Hong Kong-based International Entertainment Corporation (IEC) in November 2018. There was another change of ownership in the last month when IEC sold to Next Leader Fund, another Hong Kong-based group.

“There are areas of misalignment in expectations which we feel may hinder our partnership going forward," IEC said in a letter to fans. “Combining with the outbreak of COVID-19 has created more uncertainty around the financial position of the EFL and the football business as a whole.”

Wigan is facing a 12-point deduction for entering administration, although when that sanction is applied depends on whether the club avoids relegation.

If the Latics stays out of the bottom three, the deduction will be applied to the final tally this season. If they are relegated, they would be docked the points at the start of their 2020-21 League One campaign.