5 Astros land on injured list because of COVID-19 protocols 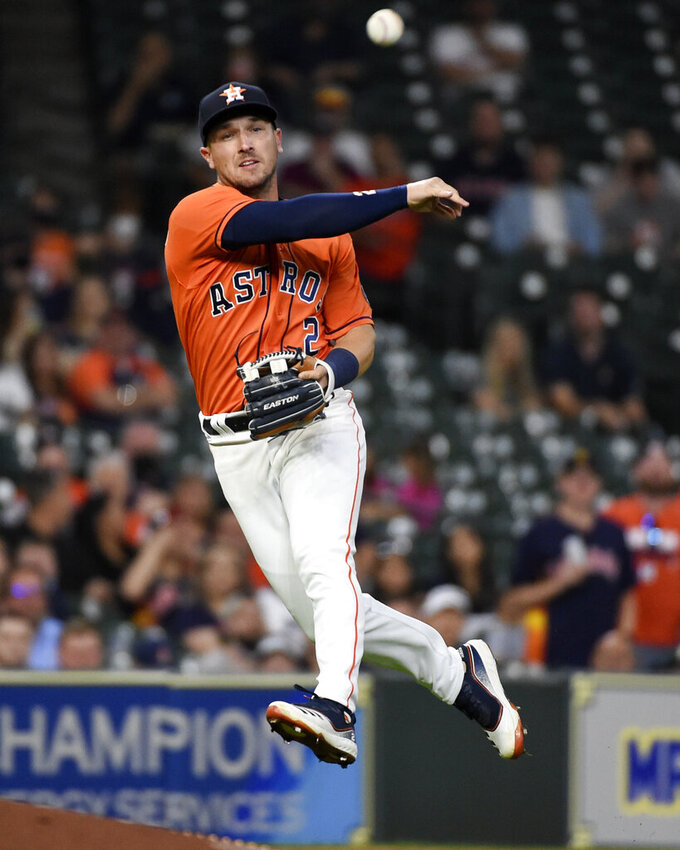 General manager James Click made the announcement on Wednesday, hours before the Astros were to wrap up a three-game series with the Detroit Tigers.

Click said he couldn’t say if a player had tested positive for COVID-19 or been exposed to someone who had and that the length of each player's absence would be determined by contract testing that is being performed.

Click was asked if the situation could have caused the game to be postponed.

“We’ve been in close contact with Major League Baseball throughout the day about that possibility," he said. “They don’t believe that there is a health-safety reason not to play. So as of now, we are playing the game."

The Astros have lost four games in a row after a 6-1 start and now must play without four members of their starting lineup.

“It’s just a challenge for the rest of our guys to pick us up and and get us back on the right track," Click said. “We’ve obviously (struggled) a little bit in the past past four games. When it rains, it pours. It’s a difficult situation but we can’t let that take our focus away from from winning this game."