5 Things to Know for Today 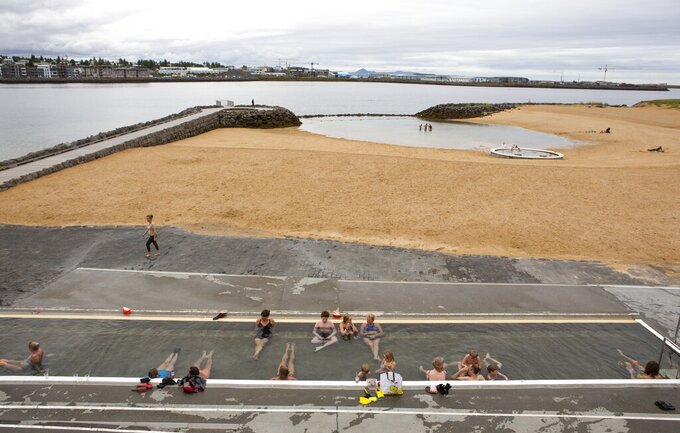 People relax in a hot tub in Nauthólsvík, a small neighbourhood in Reykjavik, Iceland Saturday Aug. 1, 2020. In Iceland, a nation so safe that its president runs errands on a bicycle, U.S. Ambassador Jeffery Ross Gunter has left locals aghast with his request to hire armed bodyguards. He's also enraged lawmakers by casually and groundlessly hitching Iceland to President Donald Trump's controversial "China virus” label for the coronavirus. (AP Photo/Árni Torfason)

Your daily look at late-breaking news, upcoming events and the stories that will be talked about today:

1. ISAIAS MAKES LANDFALL OVER NORTH CAROLINA The Category 1 storm sets off flooding and sparks multiple home fires in Ocean Isle Beach before being downgraded to a tropical storm.

2. ‘NOBODY CARES HERE’ Housing advocates fear that they could see a wave of evictions in the coming months, as states end moratoriums put in place during the coronavirus pandemic.

3. US ENVOYS DRAW IRE From Iceland to Britain and many places in between, U.S. ambassadors are pushing the limits, infuriating career diplomats who work under them and irritating host governments.

4. HIROSHIMA SURVIVORS FINALLY SPEAKING OUT As the 75th anniversary of the twin atomic bombings on Japan nears, survivors hope their stories reach a younger generation that they feel is losing sight of the horror.

5. SENDING OUT AN SOS Three men have been rescued from a tiny Pacific island after writing the distress signal in the sand that was spotted from above.