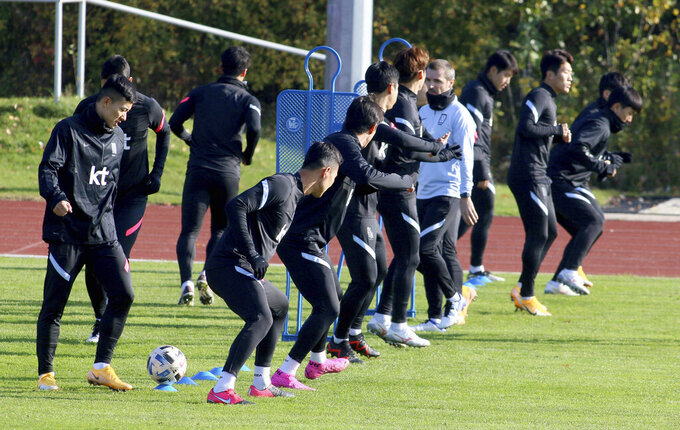 More than eight months since the Asian Champions League was suspended due to the coronavirus, the eastern zone finally resumes on Sunday with teams from Japan, South Korea, Australia, Thailand and China.

But the tournament will be far from normal.

Malaysian side Johor Darul Ta’zim (JDT) will not make the trip to host nation Qatar after failing to receive permission from the Malaysian government to leave the country which is in lockdown in a bid to limit the spread of coronavirus.

“While JDT are extremely disappointed in not being able to participate in Asia’s flagship club competition, we respect the decision by the Malaysian government and understand that such safety measures need to be enforced due to the rising cases of the Covid-19 pandemic,” Alistair Edwards, Johor’s technical director, said in a statement.

There were concerns that Australian and Chinese representatives would also not travel to the biosecure hub of Qatar but 15 of the 16 teams from the east, the tournament is divided into two geographic zones until the final, will be aiming to get out of their groups and into the knockout stage.

The Asian Football Confederation (AFC) is hoping that there will be no repeat of events in September when the western zone resumed and defending champion Al Hilal of Saudi Arabia was forced to withdraw from the tournament after 30 players and officials tested positive for COVID-19.

There is confidence that the protocols put in place in Qatar will ensure that all runs smoothly on and off the field.

“Our original concern was the health and safety of our players but I think the AFC has done a great job and it seems that everything in Qatar is safe,” said Sydney FC chief executive Danny Townsend.

Australia has had only one ACL winner, Western Sydney Wanderers in 2014. But teams from Down Under, seeking to reach the Dec. 18 final to take on Persepolis of Iran, may have an advantage.

Perth Glory, Melbourne Victory as well as Sydney FC have been able to rest since August as they prepare for the start of the new domestic season on Dec. 27.

Opposition from South Korea, Japan and China arrived in Qatar tired and depleted after having either just finished or about to finish grueling domestic seasons.

Perth’s first opponents, Shanghai Shenhua, had 11 injuries in its final league Chinese Super League game earlier this week and could not fill its substitutes bench. On Wednesday, Guangzhou Evergrande lost its Chinese title to Jiangsu Suning.

“We put in a lot of hard work and effort to defend our championship and it is very regrettable that we could not do so,” Guangzhou coach Fabio Cannavaro said. “Now we have to pick ourselves up and start thinking about Asia and we have no time to rest or feel sorry for ourselves.”

International commitments will also affect some teams. Beijing Guoan starts without Chinese Super League top scorer Cedric Bakambu as the striker has flown to Africa to help Congo qualify for the 2021 African Cup of Nations.

Shanghai SIPG forward Marko Arnautovic is also in action for Austria while South Korea’s Ulsan Horangi has four players in action for the national team in Europe who will then head to Qatar to participate in later group games.

While Chinese and South Korean teams have just finished their domestic seasons, Japan’s J-League is just reaching its conclusion. Yokohama F.Marinos, Vissel Kobe and FC Tokyo will split their rosters in two in order to compete at opposite ends of the continent at the same time.

It is far from ideal for any of the teams, but just finishing the tournament is the priority.