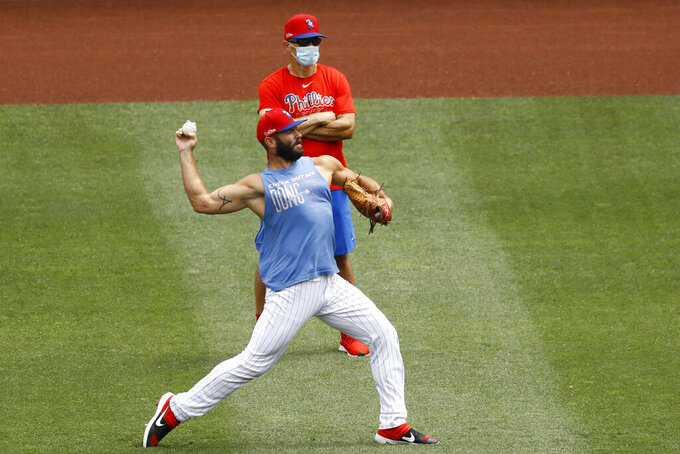 PHILADELPHIA (AP) — Philadelphia Phillies outfielder Adam Haseley reported to camp Tuesday after waiting several days for clearance because the lab used by Major League Baseball didn’t return the results of his initial test for the coronavirus.

“Once we realized we weren’t going to get that result, we retested him and he tested negative,” Phillies general manager Matt Klentak said Tuesday. “It’s going to be critical that the testing is done reliably and done quickly. The league folks, the Players Association folks, and the folks at the lab are doing the best they can, and we absolutely understand that this is a huge undertaking and it’s the first time that these parties have ever gone through that. So, we understand all that.

“Nevertheless, it’s frustrating for a player like Adam Haseley or the Phillies when something like that happens, and our hope throughout the league is that as we work through these instances early, that we will be able to smooth them out for later in camp and later in the season.”

Haseley said the issue wasn’t “too big of a deal” now. If a similar error occurred during the 60-game regular season, it could cost a player several games.

“I’m not sure what this situation would look like if we’re a couple weeks down the road,” Haseley said.

Reliever Hector Neris, who was on the injury list without a specified reason, has reported to camp.

Reliever Francisco Liriano has been absent from camp the last two days because he’s unsure if he wants to play this season. Several players in the majors have opted out due to concerns over the COVID-19 pandemic.