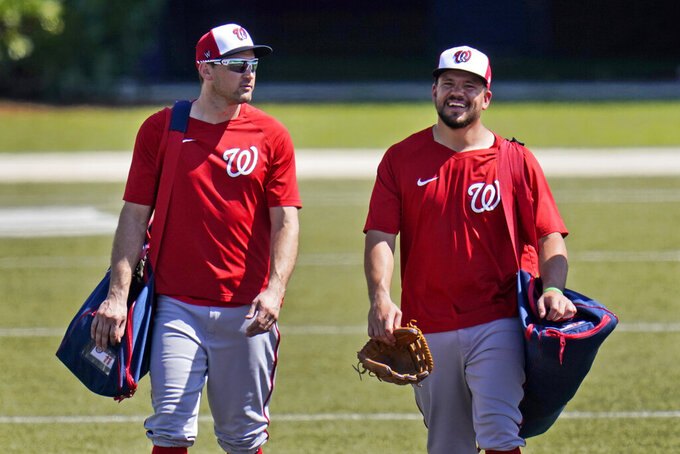 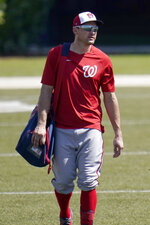 Back with the Washington Nationals after sitting out last season because of COVID-19 concerns, Ryan Zimmerman said Thursday the time away made him realize he is nowhere close to being ready to retire at age 36.

“I missed the game a lot,” Zimmerman said during a video call. “I missed what it takes to prepare every day. As you get older, there’s more and more you have to do to get ready, but I missed all of that, as well.”

The two-time NL All-Star was one of the first players to announce he would opt out in 2020.

The father of a newborn son, and the son of a mother with multiple sclerosis, Zimmerman decided the safest course of action would be to not play amid a pandemic.

There were other factors he considered, including whether he would need to change his pregame and postgame routines.

“I don’t really second-guess or wish I would’ve played,” he said.

Arriving in Florida this time around — he brought his wife and three children -- raised new questions.

“You just didn’t know what to expect. I didn’t know if I was going to be the weird guy wearing a mask in the grocery store,” Zimmerman said. “But ... I think a lot more people are more aware now -- obviously of themselves, but I think of other people, as well. Hopefully if anything positive can come out of this, maybe we’ll start caring about other people more, which would be nice. But as far as being down here now for two weeks, I feel a lot more confident than I did flying down here."

Zimmerman, the first amateur draft pick in Nationals history in 2005, is expected to be the backup to free-agent addition Josh Bell at first base.

“He’s the face of this organization — and he will be for a long time. He really will be,” Nationals manager Dave Martinez said. “To have him back here, have him in that clubhouse, talking to the young players, it’s awesome.”