AL Central teams at the start of spring training 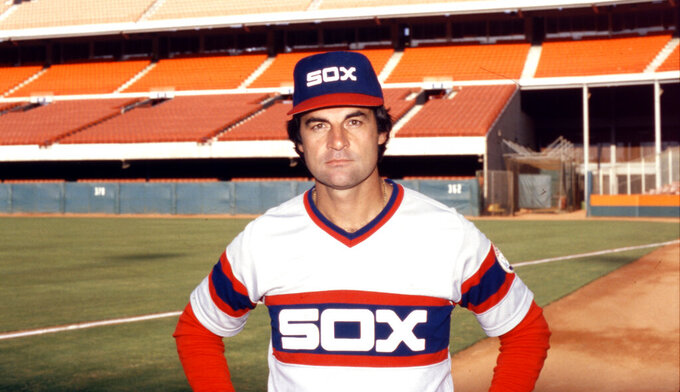 A team-by-team look at the American League Central entering spring training, including key players each club acquired and lost, and dates of the first workout for pitchers and catchers, and the full squad:

Going campin’: The Twins return largely the same team that won the last two AL Central titles, aiming to end their major league-record 18-game postseason losing streak. The pitching staff was superb during the pandemic-shortened 2020 schedule, with only the World Series champion Dodgers, Cleveland and AL champion Tampa Bay beating Minnesota’s team ERA of 3.58. José Berríos, Kenta Maeda, Michael Pineda and Happ comprise a formidable and experienced quartet of starters, with the fifth spot in the rotation qualifying as one of the few competitions for the Twins to evaluate. Randy Dobnak will get another chance, with Devin Smeltzer and Lewis Thorpe also in the mix. Though key relievers Romo, May, Clippard and Wisler all departed as free agents, the signing of Colomé away from division rival Chicago ought to strengthen the bullpen and reduce the pressure on Taylor Rogers, who had his worst of five big league seasons in 2020. Robles is another newcomer with closing experience. Perhaps the most important move toward maintaining strong pitching was the addition of Simmons, a four-time Gold Glove winner who will anchor the defense along with CF Byron Buxton. Jorge Polanco should have a smooth transition to 2B, where his skill set is a better fit. Top prospect Alex Kirilloff appears ready to become an everyday player and replace Rosario, though if the 23-year-old needs more time, Jake Cave and Brent Rooker are capable of filling in as well. The health of the oft-injured Buxton and 3B Josh Donaldson, whose calf strain limited him to 28 games last season, will be a priority in camp. Slightly more than 2,400 fans (about 28% capacity) will be admitted to home spring training games, with a physically distanced plan utilizing a pod system and tickets sold in sets of two or four contiguous seats.

Going campin’: The departure of Lindor, one of the best all-around players in club history, has further soured and disappointed Indians fans while creating a humungous hole that may never be adequately filled. Giménez and Amed Rosario, who both came over in the trade with the Mets, will get a crack at shortstop. Luckily, the Indians have 3B José Ramírez to stabilize the left side of their infield, and Gold Glove 2B César Hernández’s return after a solid 2020 season gives Francona a dependable defender and probable leadoff hitter. Eddie Rosario’s surprise signing — he destroyed Cleveland pitching while with Minnesota — boosts an outfield that still has a lot of question marks. The Indians will lean on one of the AL’s best pitching staffs, led by Cy Young Award winner Shane Bieber, now the unquestioned ace. It’s possible the team may try to lock up the right-hander to a long-term deal this spring. Cleveland slugger Franmil Reyes will get a shot to win the starting job at first base. If he has a big camp, top prospect Nolan Jones could put pressure on the team to include him on the opening day roster. The Indians will not allow fans at their complex for workouts, and the club is still finalizing plans for spring games.

Going campin’: The White Sox made the playoffs for the first time since 2008 and ended a run of seven losing seasons last year. Now, they’re aiming for the biggest prize of all. Chicago loaded up in the offseason while other teams were cutting expenses, hoping to bring home its first World Series championship since 2005 and only the second since 1917. The club made an eye-opening change in the dugout when it brought back Hall of Famer and three-time champion La Russa to take over for Renteria. The move came 34 years after the White Sox fired La Russa, who went on to win a title with Oakland and two more with St. Louis. But he hasn’t filled out a lineup card since the Cardinals won the World Series in 2011. Something else to watch: How will he relate to a vibrant, fun-loving team? But that wasn’t the only big move the White Sox made. They added arguably the game’s best closer when they signed Hendriks to a $54 million, three-year deal. The Australian was on the mound when Oakland knocked off Chicago in their wild-card series. The White Sox also acquired Lynn from Texas, adding a workhorse starter to go with ace Lucas Giolito and Dallas Keuchel. And the lineup — anchored by AL MVP Jose Abreu and 2019 major league batting champion Tim Anderson — is deep. It’s not clear if fans will be allowed to attend games at Camelback Ranch.

Going campin’: The improvement of the Royals came largely from the improvement of their young core, which they hope will usher in their next winning window. RHP Brady Singer nearly pitched a no-hitter during a promising pandemic-shortened season, and fellow rookie LHP Kris Bubic also made his big league debut. More young pitching could be on the way with LHPs Asa Lacy and Daniel Lynch and RHPs Jackson Kowar and Jonathan Bowlen providing the framework for what could be a dominant rotation in the next few years. The Royals lost one of the game’s premier defensive outfielders when Gordon retired, but he had struggled the last few seasons at the plate. He'll be replaced by Benintendi, acquired from Boston in a deal that sent Cordero to the Red Sox. The Royals filled their leadership vacuum by signing Santana, who made life miserable for them for years as a member of the AL Central-rival Indians. Matheny thought the Royals were close to competing by the end of last season, and the team showed positive signs. Expectations are there for a breakthrough this year.

Going campin’: The rebuilding Tigers haven’t made the postseason since 2014 and haven’t really been in contention since 2016. Hinch takes over as manager after serving his suspension in the aftermath of the Houston Astros’ sign-stealing scandal. He inherits a team with a handful of promising pitching prospects, a couple of whom made their big league debuts in 2020. Casey Mize and Tarik Skubal had their ups and downs last season with the Tigers. Matt Manning is also highly regarded but hasn’t reached the majors yet. Detroit got some bad news in December when the team announced that RHP Alex Faedo — another one of those promising prospects — would need reconstructive arm surgery. INF Spencer Torkelson, the top pick in last year’s draft, is another one to watch. Among the established players, Miguel Cabrera is approaching his 38th birthday and needs 13 home runs to reach 500. The Tigers weren’t too active this offseason, but Ramos should help the team’s catching situation and Grossman adds a veteran bat to the outfield. Lakeland’s director of parks and recreation said recently that seating capacity at spring training games would be reduced to 2,000 in order to maintain physical distancing protocols. The city said additional protocols would be announced in the coming weeks.